Earlier this year at the Florida RV SuperShow, Winnebago pushed the recreational-vehicle market toward the future by revealing the e-RV concept. Now the electrified Ford Transit—featuring a powertrain conversion by Colorado-based Lightning eMotors—has embarked on its first road trip, and we caught up with the Winnebago team during their stopover in Detroit to get some firsthand experience with the e-RV.

The e-RV’s journey began this month at the RVs Move America event in Washington, DC, where Winnebago showed the vehicle to media, industry bigwigs, and government policymakers. Winnebago’s Eden Prairie, Minnesota, headquarters are the final destination on the 1000-mile trek.

Venturing on a road trip in an electric vehicle is, of course, going to prompt questions about range. When the e-RV was unveiled, Winnebago quoted an estimated driving range of 125 miles. While Winnebago said that range figure was proving feasible on the trip, the company has typically traveled between 70 to 90 miles at a time based on charging locations and maximizing charging times. Winnebago acknowledged that the more limited range compared to a gas-powered RV was making the trip lengthier, but was keen to point out that RVing is not a race to get to your destination as quickly as possible, but rather a tour of the country with opportunities to stop and explore roadside attractions, like the Rock & Roll Hall of Fame in Cleveland, Ohio. Still, Winnebago said that they were able to traverse approximately 300 miles per day, about the distance between Detroit and Pittsburgh.

The nature of EV driving also meant that Winnebago was mostly sticking to small, two-lane roads with lower speed limits, since the faster interstate highways took a bigger toll on range. Speaking of speed limits, the rear-wheel-drive, single-motor powertrain, which produces 215 horsepower and 733 pound-feet of torque, is governed to just 69 mph. Winnebago wouldn’t reveal how long it takes to hit 60 mph, but said it was noticeably quicker than an equivalent gas RV. On our brief drive, the acceleration seemed more than adequate for a vehicle of its size, with the e-RV weighing in around 9300 pounds before passengers and cargo. The center of gravity in the e-RV is about 12 inches lower than in a similar gas-powered RV, which Winnebago said helped the van handle better on the country roads.

Check Out Those Blue LEDs

Now, if you picture a typical RV, you probably see a blocky beast painted in neutral colors and covered with swooshy decals. The e-RV is not that. Thanks to its Transit roots, the e-RV has a smaller profile than most RVs, making it more convenient at charging stations and while using public infrastructure, and its overall look is more EVE from Wall-E than beige Dixie cup. Geometric decals along the side and on the grille accent the pure white exterior and play into the futurism still surrounding the concept of EVs. Blue LEDs that light up the ground beneath the vehicle and the front logo are the piece of resistance, with the ground effect lights also displaying the e-RV’s charge level while plugged in.

Enter the cabin and you’ll find an interior that leans into the novelty of an EV less than the exterior. The layout will be familiar to anyone who’s been inside an RV. There’s storage along the right side across from a couch that folds out to become the almost-full-size bed. Touch-activated reading lights bracket the couch, giving a more upscale feel, though those lights likely won’t make production. At the back, there’s a bathroom more fit for emergencies than regular use—unless you happen to be hobbit sized. And right across sits the kitchen area with a host of appliances: a fridge, a sink, a microwave, an induction stovetop, and, for a fun touch, a wine cooler.

The interior look follows some of the basic motifs of the exterior, with light-colored renewable wood throughout and blue wool upholstery on the couch. The concept vehicle isn’t carbon neutral, but the design team made an effort to use environmentally conscious materials on the interior. However, with the elevated weight of the powertrain versus a gas vehicle, weight had to be cut from the interior, and that could be felt. Keeping in mind that we saw a concept and not a production model, many of the interior features had a light, hollow feel that didn’t quite seem up to the potential wear and tear of travel.

The front driver and passenger seats, meanwhile, are unchanged from the e-RV’s previous life as a Transit, with manually adjusted seats and a bare-bones center console. However, situated behind the driver seat on the wall is the brains of the operation: a control panel for the climate system and water temperature, which also displays information about the e-RV such as where power is being directed and the level of the fresh , black, and gray-water tanks. The water levels are displayed as percentages, accurate within 3 percent, useful for planning the logistics of a trip.

The charging port, logically, occupies the same space as the Transit’s gas tank opening, right next to the driver’s door. The layout of charging stations can vary, and depending on things like the charging cord’s length, drivers of EVs have had to finagle their vehicle to get it hooked up. While the e-RV is at an advantage compared to electric trailer RV concepts like Airstream’s eStream when it comes to maneuverability, the e-RV with its front-situated charging port can still fall victim to the perils of underdeveloped EV infrastructure and may have to be put in some funky positions to fill up.

The juice is fed to the electric motor via two 43.0-kWh battery packs positioned on either side of the driveshaft in the middle of the e-RV, and the vehicle has a 400-volt electrical architecture. While an 86.0-kWh battery is relatively small these days, Winnebago explained that overall vehicle weight was a limiting factor in deciding battery size, but more power-dense batteries in the future should alleviate this. The company also said that the e-RV was charging at a rate between 35 and 65 kW and was spending approximately an hour at each charging point. In a brief drive, we felt the regenerative braking was strong, but there was no true one-pedal driving mode, since the vehicle will creep along at low speeds.

The 86.0-kWh batteries power not only the rear wheels but also a host of amenities. The water heater—necessary for features like the sink and shower—and roof mounted air conditioner with heat pump run on 350-volt DC power. The induction stovetop and refrigerator, meanwhile, operate on 110-volt AC power, although the fridge can also switch to 12-volt DC for added flexibility. The e-RV also has a solar panel on the roof, which can generate up to 200 watts to directly power the auxiliary 12V battery. This allows the vehicle to operate the electrical systems without the key or the motor running, and it also means the fridge can always be on to prevent perishables from rotting.

The e-RV started development in 2019 before the debut of the E-Transit, so it’s built on a traditional Transit chassis fitted with a Lightning eMotors powertrain. Many existing RVs are built on commercial platforms, but Winnebago anticipates that as the market for electric RVs grows, there will be a shift toward purpose-built EVs. For now, though, the e-RV is more of a proof of concept. Winnebago simply wants to collect as much data as possible with this concept vehicle before it tries to take the e-RV to market. The company said it will aim to price the e-RV competitively with gas equivalents once it does hit production, though there’s no concrete information as to when that day might come.

When it does, Winnebago anticipates that the e-RV will fill a niche in the market for the many people excited about the possibilities EVs offer the world of RVing. Responses to the e-RV concept have been all over the board, but on this road trip, Winnebago said it has found many people fascinated by the concept, including dealerships, which like the idea. Still, there has also been pushback from purists and those afraid of losing the comforts of a gas vehicle. Range and the consistency (or lack thereof) of charging networks across the country are both limiting factors to the utility of the e-RV.

However, Winnebago points to data from the RV Industry Association that more than half of RV road trips are under 150 miles. That’s similar to the range on the e-RV. For die-hard RVers, the e-RV can take advantage of the existing 50-amp power hookups at RV stops, so future owners of an e-RV wouldn’t have to miss out on the classic RV experience. Traditional road trips aside, Winnebago thinks the e-RV would also be useful for local adventures like setting up a self-sustaining tailgate complete with cold drinks and an air-conditioned respite on the couch.

As of now, with electric RVs still in the beginning stages, it remains to be seen just how different RVing in an EV will look. There is still plenty of development work to be done, most importantly in the range and charging departments, but the Winnebago e-RV proves that electric campers are possible and even likely in the near future. 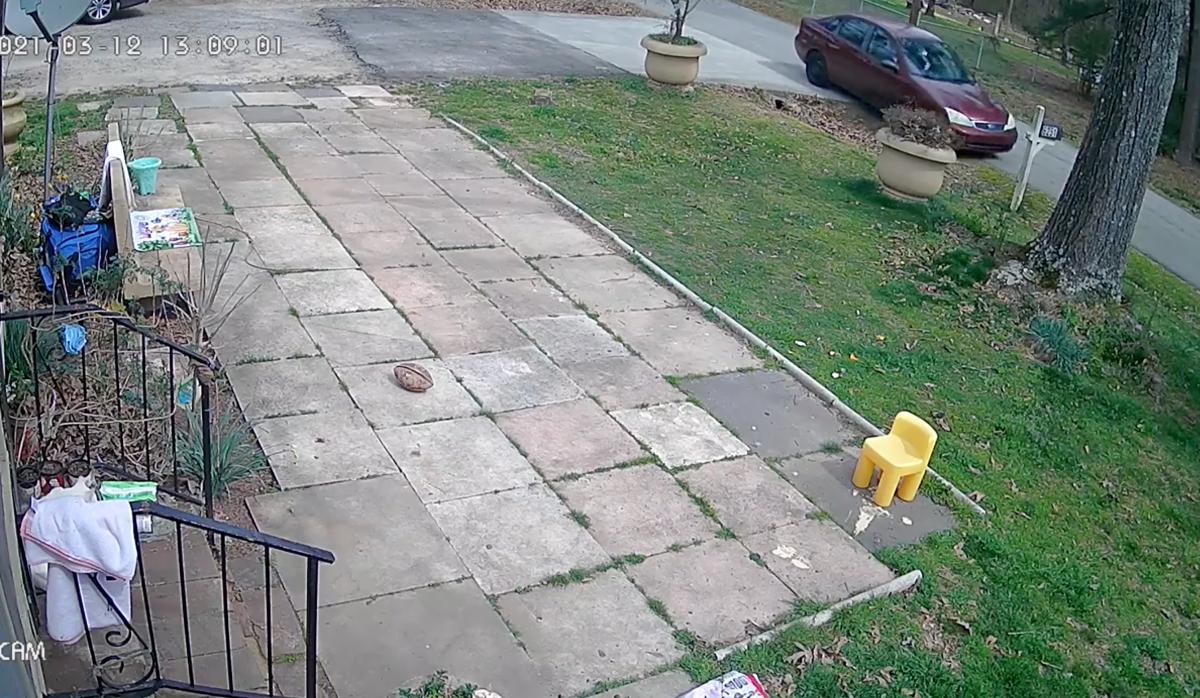