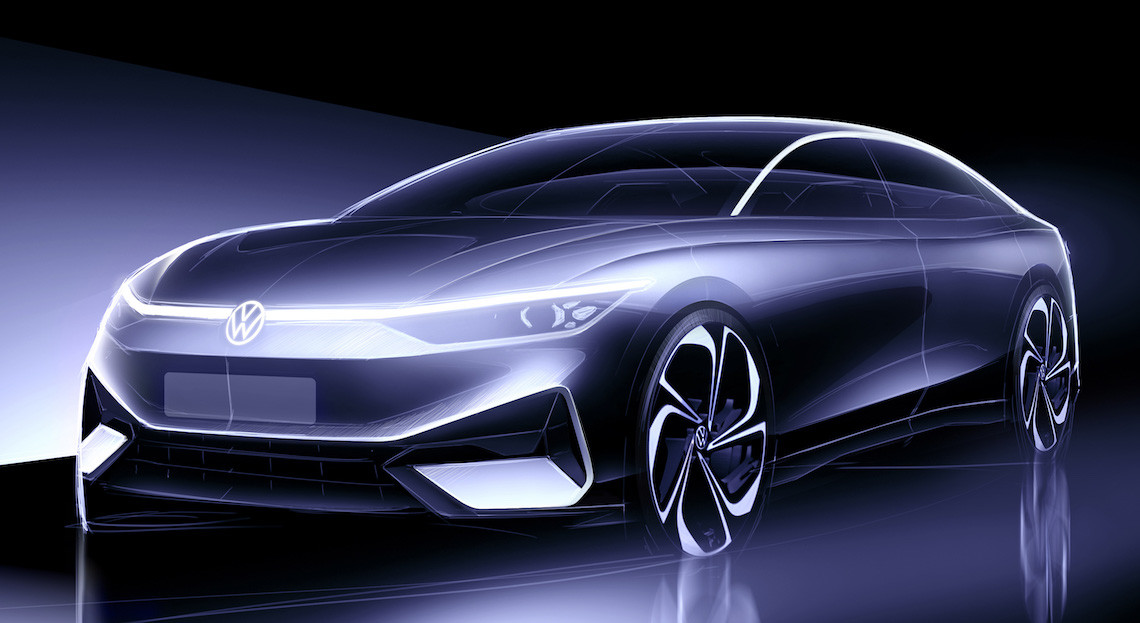 Volkswagen unveils the first drawings of its large ID electric sedan. Aero, whose presentation will take place on June 27. This replacement for the Passat will initially be reserved for China.

The extension of the ID electric range. from Volkswagen continues. After the compacts and SUVs, then the “neo-Combi” ID. Buzzit is a large sedan that the brand presents to us in the form of sketches. What make us wait a short week before the more complete presentation of the model.

Volkswagen will indeed present on June 27 an almost definitive version, called “pre-production”, of the ID. Aero. This large 100% electric sedan, very streamlined to increase efficiency, is based on the MEB platform dedicated to electric vehicles. Its style is similar to the other models in the ID range. from VW, with headlights linked by a light strip at the front and rear, and aluminum gray roof arches like the ID.4 and ID.5. The illustrations don’t show it, but the sedan should get retractable door handles.

This electric sedan will initially be reserved for the Chinese market. This is more fond of notchback sedans than Europe, where this electric replacement for the Passat sedan (removed from the catalog in January 2022) will come later. China will be entitled to a series version from the second half of 2023, while the equivalent version for the European and American markets will be presented in 2023 and marketed thereafter. It will be produced in the German factory in Emden, where the Passat was precisely produced. It is now the birthplace of the ID.4.

Volkswagen Aero B: the electric replacement for the Passat approaching

Volkswagen ID5: behind the wheel of the new electric SUV Coupé