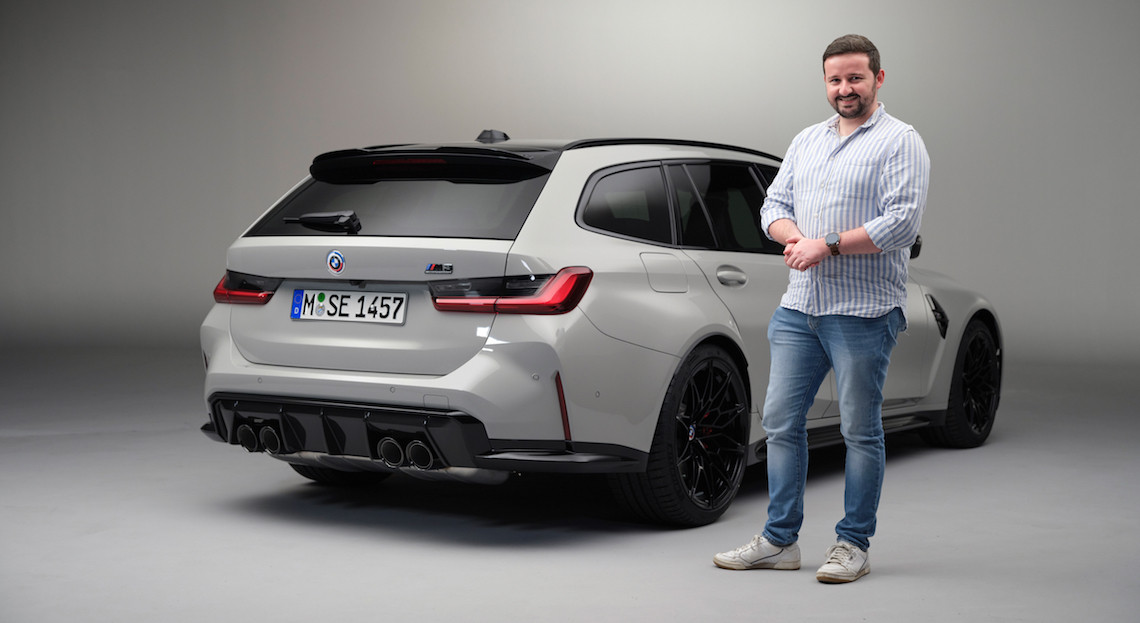 BMW is finally coming to compete with Audi in the sports station wagon market with an unprecedented Touring variant of the M3. It was time !

Despite its huge success, the M3 has never received an estate variant since its launch in 1986… However, this is not for lack of demand! As proof, Audi’s RS station wagons have been selling very well since the famous RS2 Avant of 1994. A first prototype based on M3 E46 was born in 2000, but without a future. After years of hesitation, BMW is finally changing its tune and officially offering its M3 in a Touring version, to the delight of purists and other “dads in a hurry”.

Presented as part of the Goodwood Festival of Speed, the BMW M3 Touring is part of the program of festivities for the 50th anniversary of the sports division BMW Motorsport. It is the fourth derivative of the family, after the M3 sedan and the M4 coupe and convertible. Unsurprisingly, the sports station wagon takes up the design of the recently restyled 3 Series Touring, adding a few spices. The front face is therefore close to that of the M3 and M4, with large beans crossed out with black horizontal blades and identical headlights.

The vents are as wide as on the sedan at the bottom of the aggressive fascia. Mirrors specific to M-branded models are also included. At the rear, the M3 estate uses the same recipe as the saloon with widened fenders, slightly smoked LED lights and four tailpipes integrated in the center of the large lacquered black diffuser. A small fin is placed on the top of its tailgate, for support and stability. Note that the roof is glossy black as standard.

On board, the M3 Touring takes over the passenger compartment of the Facelifted 3 Series and 3 Series Touring a few weeks ago. The curved double screen of the i4 and iX therefore makes its appearance. For the counters, it is a 12.3-inch panel that officiates. The touch screen of the central screen measures 14.9 inches. Later to become widespread across the entire range, this installation modifies the perception of the dashboard, which is slightly more streamlined. But that makes him lose a few shortcut buttons along the way. It remains to be seen if the ergonomics are not too burdened, even if BMW relies on advanced voice recognition thanks to the eighth generation iDrive system.

In any case, the practical aspects of the station wagon are retained. The bench accommodates two adults relatively well thanks to hollow seats. The middle square, on the other hand, is less passable, between its finesse and its imposing central tunnel. As for the trunk volume, it is identical to the 3 Series Touring classic. The trunk offers 500 liters, despite reinforcements for rigidity. These are well integrated and hidden on each side or under the floor, offering the same roominess and even a small double bottom. When the rear seat is folded down, the capacity increases to 1,510 liters with a very flat floor.

Under the hood, the BMW M3 Touring features the same 3.0 twin-turbo straight-six as its siblings. Available in two variants of 480 and 510 hp, it is only the latter that will be entitled to the French market. Indeed, BMW only offers the version 510 hp Competition in France, necessarily associated with an eight-speed ZF automatic transmission. On the station wagon, xDrive all-wheel drive comes standard, although three modes are offered: 4-wheel drive, sport 4-wheel drive with slides and a 2-wheel drive mode (propulsion) where everything is disconnected, recommended for circuit outings. .

On the performance side, BMW M announces a 0 to 100 km / h in 3.6 s, and a maximum speed limited to 250 km / h, even 280 km / h with the M Experience pack. The brand also announced a Nürburgring record in the station wagons category, with a lap completed in 7 min 35 s 06. Finally, the weight gain is significant, since the Bavarian station wagon displays 135 kg more with 1,865 kg on the scale, against 1,730 kg for the M3 sedan Competition.

10 breaks that move while waiting for the BMW M3 Touring