The Honda Forza 125 and Yamaha X-Max 125 rank first and third among the best-selling two-wheelers in France, all segments combined. It is in front of them that this scooter called Pulsion is positioned, which therefore dreams of a second part of a successful career.

But the Peugeot, produced in the historic Doubienne factory in Mandeurewhere the 103 was manufactured, has its own arguments.

The Forza and X-Max belong to the category of maxi-scooters, the Pulsion to that of compact GTs. It doesn’t change much, except on the size side: the French makes a dozen centimeters in length to an X-Max.

As a result, the driver loses a little space behind the apron, but this compactness can prove to be appreciable when crutching at the back of the garage or, more simply, in urban driving, to sneak more easily.

With a relatively high seat height (790 mm), we dominate traffic enough to anticipate situations. Starting is done “hands-free”key in the pocket, and all the controls seem well placed.

Between the needle counters of the Pulsion GT, a customizable TFT display and in color displays all the data necessary for driving (speed, range, trip, fuel level, consumption, etc.).

He can too, via i-Connect compatible in Bluetooth with Android and Apple smartphones, indicate turn-by-turn GPS guidance (not very sophisticated), prevent the reception of a call or an SMS and display the beginning of the message.

The apron hasstorage with USB port integrated and a hook to hold a backpack in place. Finally, the trunk under the saddle accommodates a full-face helmet in addition to a demi-jet.

For those for whom this is not enough, the Allure version (in white or red), invoiced only 100 € more, enjoys standard with a top box and a higher windscreen (also adjustable with tool), for better protection.

The real novelty of the Pulsion is completely invisible: it is its engine. This scooter launched in 2019 did not meet the Euro5 standardmandatory from January 2021.

Peugeot Motocycles, owned by the Indian group Mahindrawas not ready: the production chain therefore stopped for many months, before the arrival of this important development. 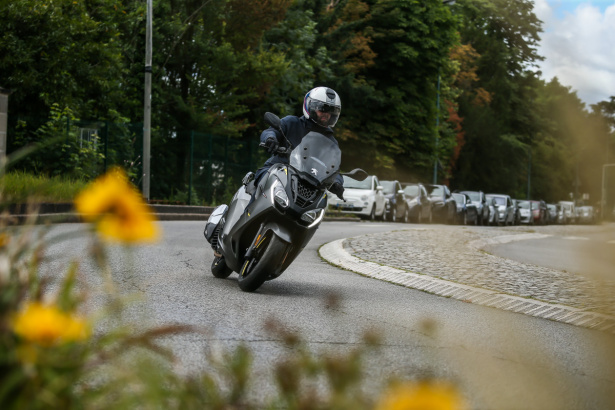 The scooter has thus exchanged its single-cylinder for another, lighter but almost identical in displacement, with a smaller piston traveling more distance. Power stagnates at 14.4 hp but the couple increases slightly, while the homologated consumption decreases by 0.2 l/100 km.

This small engine is valiant and discreet, it picks up and restarts well but struggles from 100 km/h. During our tests, mainly in urban environments, this engine absorbed only 3 l/100 km on average.

Quietly walking around its typically Sochaux light signature and its taillights SUV 3008the Pulsion can be easily guided. Very stable despite a 14-inch front wheel only, it remains very handy and seems rather light.

The damping generates a very honest comfort, even if the passenger saddle may seem firm. If he brakes well and hasa reassuring front/rear coupled control as well as an ABS, the French lack bite: you have to squeeze the levers hard during big slowdowns.

In these phases, the Peugeot has equipment that is new to the segment: theautomatic switching on of hazard warning lights (the “warnings”) during emergency braking.

A plus for safety, again coming from the world of cars. It’s well seen from this scooter, sold for €4,899 in the GT version (i.e. €400 less than the Forza and X-Max), which does not forget that very many drivers of 125 scooters are motorists . 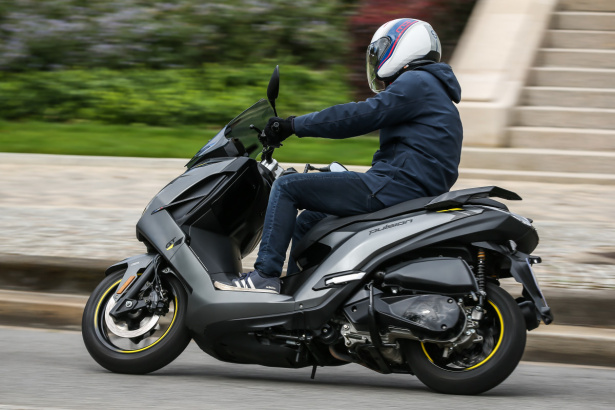 Returning from nothing after the end of its production, the Pulsion, compact and pleasant, reminds us that it has serious arguments to please the greatest world. And this, without even copying the stars of the segment, and with an interesting price lined with good equipment.

You will have to get used to the tachometer needle which, like in some four-wheeled Peugeots, turns anti-clockwise when the revs increase!

New Aprilia SR-GT 125 test: on the handlebars of the Italian crossover scooter