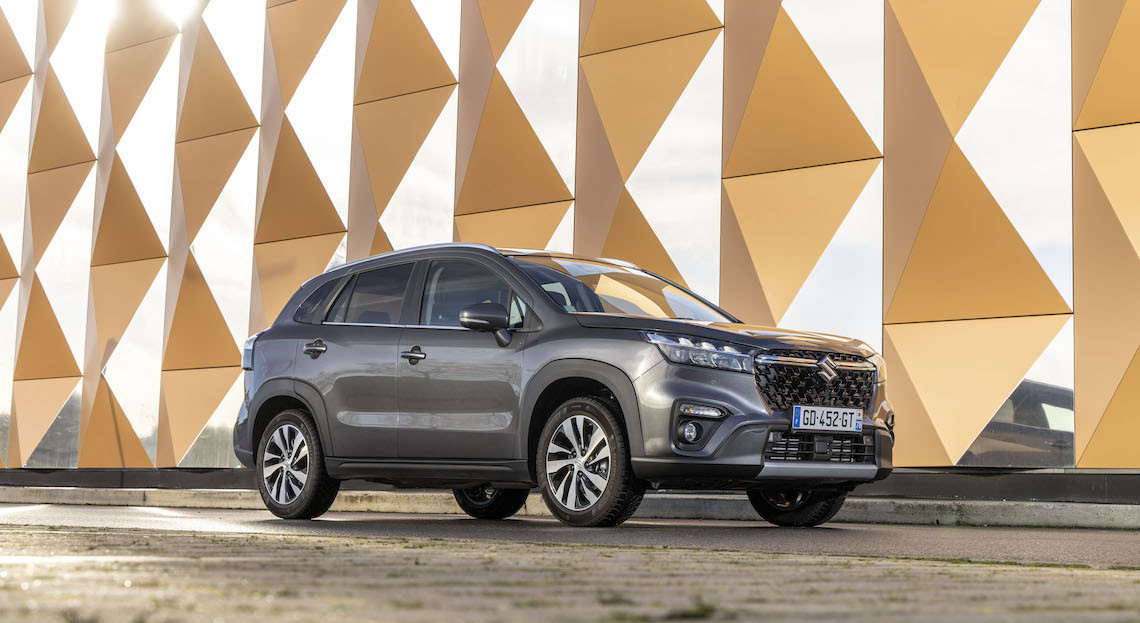 Until now only sold with a 48V micro-hybrid engine, the Suzuki S-Cross receives a new hybrid variant, shared with the Vitara.

Launched in 2022, the “new” Suzuki S-Cross (it’s actually a deeply redesigned version of the 2013 S-Cross) currently only had one engine: a four-cylinder 1.4 turbo micro-hybrid 48V 129 hp, available in manual gearbox or six-speed automatic. The BVA version disappears, replaced by a “self-recharging” hybrid version with a robotized gearbox.

This 1.5 Dualjet Hybrid engine, inaugurated in March on the Vitara, is made up of a 1.5 gasoline 102 hp and a 33 hp electric block. The set develops 115 hp, and it is associated with an AGS six-speed robotic gearbox. The electric motor being placed at the output of the gearbox, it directly drives the transmission shaft and improves driving pleasure according to the brand. This engine also makes it possible to drive in electric mode, in particular during starts and maneuvers or at stabilized speed, for example.

Thanks to this, the S-Cross improves its efficiency with a consumption in the combined cycle established at 5.2 l/100 km for the traction version (- 9% compared to the 1.4 Boosterjet MHEV BVA), and barely more for the 4×4 Allgrip variant. CO2 emissions are reduced to 118 g/km, which allows an exemption for 3 years from the annual tax on CO2 emissions for professional customers, the threshold being set at 120 g/km.

For the moment, the manufacturer does not reveal the range and prices of this hybrid version of the S-Cross. The information should be given in the coming weeks. The first deliveries are scheduled for fall 2022.

Suzuki S-Cross: trial run at the wheel of the 1.4 Boosterjet Hybrid bvm AllGrip

Suzuki Vitara hybrid 2022 test: at the wheel of the small “electrified” SUV

Swace and Across: why is Suzuki selling Toyotas?