You don’t see things like that every day. There are still “lost” collections. Sleeping beauties dozing at the bottom of barns. This weekend in May, we have been invited by Artcurial to discover some superb cars that will soon see the light of day again: those of the Héron Collection.

Once upon a time the Heron Collection

Behind any collection, there are enthusiasts. The one who interests us here was called Pierre Héron. Shortly after the war in Algeria, he found himself driving a Hotchkiss Gregory. And it’s love at first sight. He adores this engineer’s car, which is very original in its design, in its shape… and finally in its very short history. Pierre Héron will buy several of them, in the 60s and 70s, when they did not cost much. He doesn’t just store them, he rolls with them regularly.

But his collection does not stop there. Little by little, he buys other cars. They are all French, and they are all major brands that have disappeared. Each time they are rolling and make him happy on the roads. Subsequently, his health prevented him from driving his cars. Well stored, they will spend forty years away from the roads.

Pierre Héron died at the end of last year. His children, who grew up in these cars, which inevitably mark, cannot keep EVERYTHING. This is what led us to discover this collection, spread over two sites.

In the center, glory to French brands

In the very center of France, the notion of barn find has rarely found such an exact definition. It’s a real barn that welcomes us and there are 4 cars from the Héron collection. Stored in a dry, sheltered place, they are complete and in fairly good condition… In fact, we mustn’t stop at the layer of dust and straw that covers the cars. The engines are not blocked and many specific and unobtainable parts are still in place.

We start with the back car. The only coupé present here, a Salmon 2300 S. Delivered to Algiers, it has since traveled well and has lost its original colour. But it still presents well and only reinforces the desire to slip behind the wheel. At his side a Hotchkiss 686 Gascogne, a beautiful car, low, round and racy. There is also a Talbot-Lago. Here it’s a T15, sedan, with a very thin front end and a slightly high roof.

So there is one car left. It is one of the many Hotchkiss Grégoire from the Héron collection, you will see it later. This is really very, very original.

It was bodied by Chapron and it was a unique prototype that was offered to Renault to continue the Grégoire adventure after production stopped at Hotchkiss. For this, we have added a rear of Renault Frégate, easily recognizable between the curves of the wings, the curved and short trunk and the enveloping rear window. A (desperate) attempt that will yield nothing.

We leave the first barn to find a second place. There, the atmosphere is different. Less straw, more care in the environment, but for the three cars, the fate was the same since they were stopped a long time ago but will be back on the roads in a few months or years (in depending on the catering that will be offered to them).

First car: a Delahaye 135. This beautiful black is a coach made by Guillore. It has a few aesthetic particularities that justify its name, and its badge, of Special. In the end, it’s a unique, elegant and relatively simple body that will turn heads, even outside the Concours d’Elegance with its long hood and well-designed fenders.

Second car, a Hotchkiss. No Grégoire for this car which is a 686 Côte d’Azur. The Héron Collection has a certain homogeneity. Like the previous Delahaye, this is a very special car.

First in its aesthetics since the rear is different from the other Côte d’Azur, with in particular this rear window in two parts. For the record, the painting would have been redone urgently to exhibit the car at a show in the 70s. The nets would have even been painted directly on site!

But we don’t stop there. Technically, this car is in fact a prototype since its front wheels are independent!

Third car visible here: another Delahaye 135. This time it was Figoni who bodied it in 1948. It is part of the El Glaoui series, named after the Pasha of Marrakech, sponsor of the first car of the series. Distinctive sign: recessed headlights with additional headlights placed below the main ones.

This is a beautiful 4-seater cabriolet, and it was successful enough to have had the honor of being exhibited at the 1948 Paris Salon. If the wheels do not seem original, we will also be interested in the bonnet. Unlike many cars, its hood has no vents or cooling flap! The interior is certainly the part that suffered the most, but it is complete!

Three beautiful cars from the Héron Collection… and that’s just the beginning.

The paradise of Hotchkiss Grégoire in Normandy

After the center of France, head northwest. If the first part of the Héron Collection was already magnificent, we find there cars that remain in the same theme, with major brands, beautiful complete cars stopped years ago.

First place to visit, the old cinema. We do not know when the last session took place but it goes back a very long time now. No more seats in the pit, except for those of the cars found there. They are 8 at this place, from different periods.

We had a glimpse of it in the center of France, there it is even clearer. The Héron Collection is a bit like the Hotchkiss Grégoire club. Four copies are present in this one place. A real feat since, in total, between 1951 and 1954 only 247 copies of the revolutionary but expensive saloon were produced!

The states vary, from the complete car to the damaged one. The models too since we find one of the last of the series, with the openings made of steel to save money!

These rarities are well surrounded! At the bottom, we find a coach Talbot-Lago T120 whose front has been modified: the headlights are integrated into the wings. Right in front is a T26 sedan, with many elements, from the grille to the headlights, missing. In fact the restoration had been started, but was never completed.

On the other side is a T26 Cabriolet which seems much more complete, ready to hit the road again… or almost! Finally, we end this overview with a Salmson 2300 S in rather good condition.

Right next to it, an old corridor has been transformed into a shelter. We start by finding another Talbot-Lago T26 there. This time, it’s a sedan whose blue is somewhat faded but whose interior has lost none of its superb. Above all, it’s a Grand Sport, with the three-carburetor engine. Like the other T26s, it dresses up with factory bodywork.

Just in front, for a change, a… Hotchkiss Grégoire which looks complete inside, also in good condition.

In front we find one of the centerpieces of the Héron Collection. Stronger still than the numerous Hotchkiss Grégoire, it is a Tracta Sport. This car is the rebirth of the Tracta brand, the one that served as a rolling laboratory for Jean-Albert Grégoire in the late 1920s.

After the failure of the Hotchkiss, he created the Tracta Sport, which took up the technical basis of the Hotchkiss but dressed it differently. It is Carlo Delaisse who signs the drawing and Chapron takes care of the execution.

A few convertibles were built. They are already rare. But this Tracta Sport is quite simply unique: it is the only coupé that was produced, apparently commissioned by a Belgian friend of Jean-Albert Grégoire. Photographed by Françoise Sagan at the time, this is really the car that should not be missed in this Héron Collection.

Passing outside, we guess, under a tarpaulin, an abandoned Delahaye. Information taken, it is a 148 L, Sedan, bodied by Letourneur and Marchand.

And then there comes an awning… which brings back memories. This part of the Heron Collection smacks of the Baillon collection. Anyway, the comparison quickly came to mind.

There are some beauties here. Two Delahayes, two cabriolets bodied by Chapron: a 135 and a 148. There is also a T26 GSL. If it looks like the T14, that’s normal, it was she who inaugurated the line signed, here too, Carlo Delaisse. This car is one of 15 produced between 1953 and 1955.

There is also one last big brand here: a Hispano-Suiza T49. It is the oldest of the cars present: it dates from 1929

We toured these magical places, in a unique atmosphere.

The entire Héron Collection will be part of the sale catalog Artcurial Le Mans Classic 2022. The catalog is being finished for a sale which will therefore take place on July 2 during the classic Le Mans. You will know the estimates of these wonders in a few weeks.

We also invite you to relive this discovery in video:

We leave you with these few additional photos that may encourage you to ask your neighbor to open his barn for you! 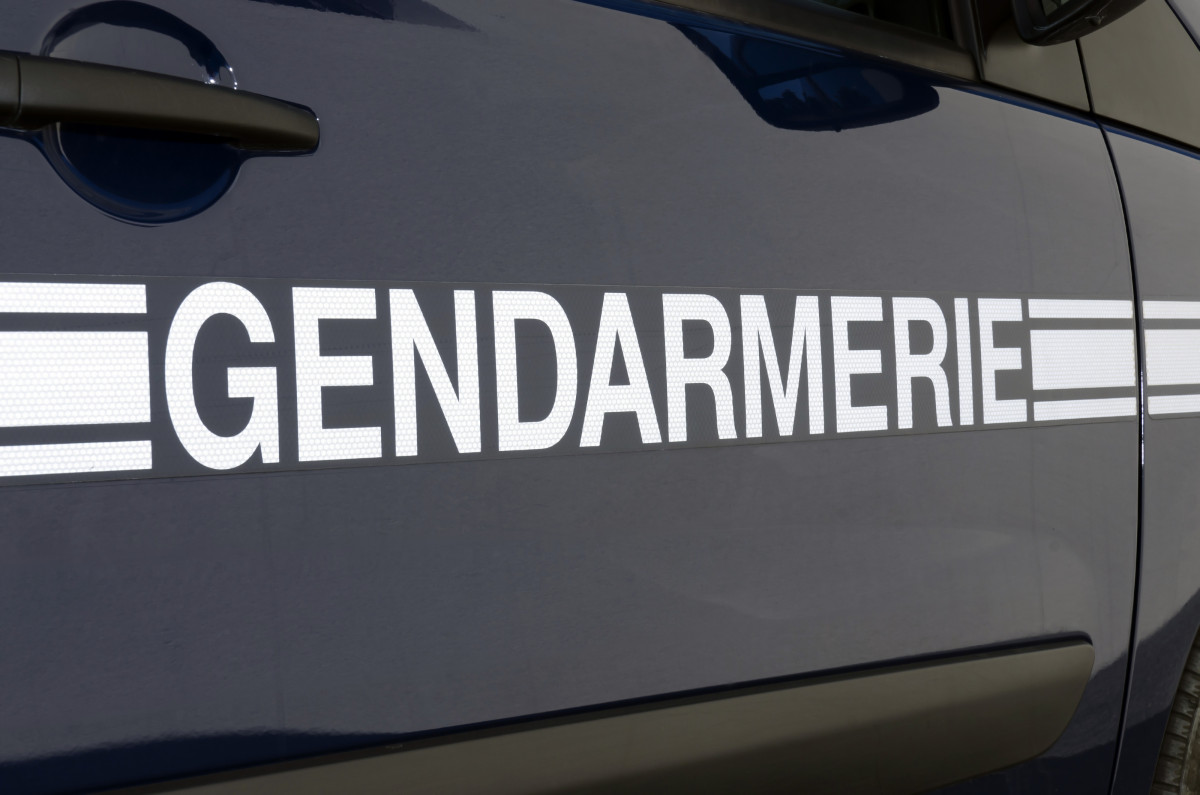 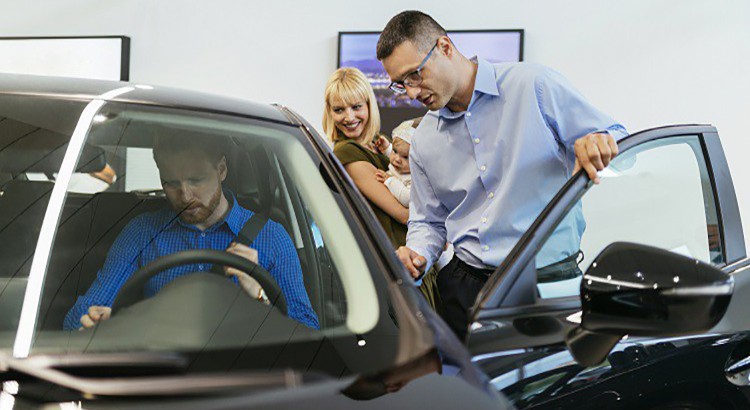