Passionate about motorsport and beautiful cars, serial entrepreneur Laurent Tapie is relaunching the mythical brand Delage Automobiles with, for the first model, a hypercar developed and produced in France in very limited series. Just before its public launch at the Goodwood Festival of Speed, we went to see this D12 drive on the Magny-Cours track. Instructive.

Nothing works without passion. Laurent Tapi, son of the illustrious Bernard Tapie and multi-entrepreneur too, knows this very well. Moreover, one of his shareholders had reminded him of this before embarking on the Delage adventure, confiding in him during their meeting: “I like this project, but it will only work if you are passionate about beautiful cars. So is this the case? » And to show Laurent his private car park to test his knowledge in this area.

“I remember this scene, it’s an Italian living in Switzerland, with a really sublime collection. He activated shutters to reveal his cars, I described them even before they were completely visible, says Laurent Tapie. I fell into it as a child, with my father, in the back of his 911 and 959. Then I myself had Porsches, Lambos, Ferraris or McLarens, depending on the success in my business. I’ve always done the circuit, I love it, I’m stung what “.

But in 2016, Laurent sold all his shares in his companies to take a break in Florida. He had never stopped since his business school, his first business having emerged after school, he was then 22 years old. “But in Florida, after a year, I quickly got bored. Logical when you’ve been at it for almost twenty-five years. The thing also is that I was not rich enough to be an annuitant. As I watched global hypercar sales explodeBugatti, Pagani or Koenigsegg, and that we cannot deny that there are more and more hyper-rich people, I thought there was something to do”.

Delage’s choice of this interwar icon having based its reputation on design, racing and performance, it happened quite naturally, especially since the name belongs to an association. Above all, we had to imagine the first baby. “I want it to make sense. The hypercar segment is defined by the price of the model, above the million euroand its exclusivity. Not automatically by its performance, otherwise a 911 GT2 RS would be. Besides, you don’t see a hypercar venturing into break the Nürburgring North Loop record, adds Lawrence. We are going to go there. And we’re going to take this record…” 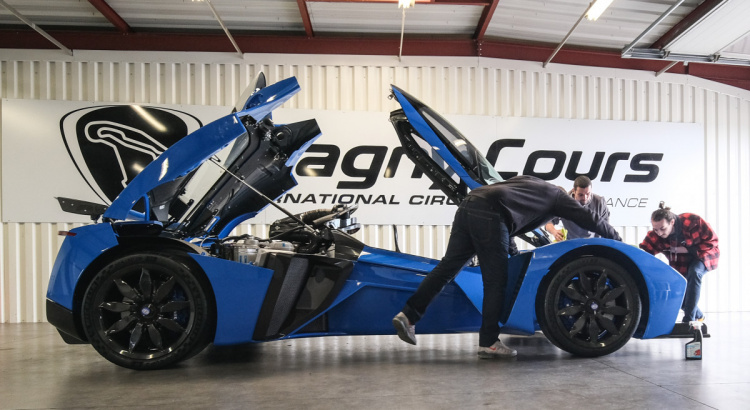 For this he invented with his team a real road Formula 1, the famous D12. A model designed in 2018 with the absolute priority of maximum aerodynamic downforce. According to Laurent and Benoît Bagur, the technical director who helped SEAT win the WTCC World Championship, this is what all hypercars lack. The weight/power ratio, the big brakes, “everyone” knows how to do it. But offering more aerodynamic support at the front than an F1 car, nobody.

Except the D12 thanks to its ultra-thin cockpit where the two passengers sit one behind the other and which allows the air to be guided much better. “That’s what defines this model, this assumed choice to design a car with support that no one has ever had. It will make the difference. And we will have more 1000 hp for just over 1300 kgcarbon-ceramic brakes, active aero, front and rear with even airbrakes on the front fenders, an in-house robotic 8-speed transmission and a revolutionary suspension”.

The suspension part, developed by Mauro Bianchi and baptized Contractive, exploits the same concept as the suspensions that revolutionized Formula 1 since the late 90s, with different stiffness in compression and rebound, lowering the roll center when cornering and working just without anti-roll bar. Moreover, as in F1, the D12 uses a third combined spring / shock absorber per train, its downforce being so high that its position of equilibrium varies according to the speed (position around which the stiffnesses are defined). 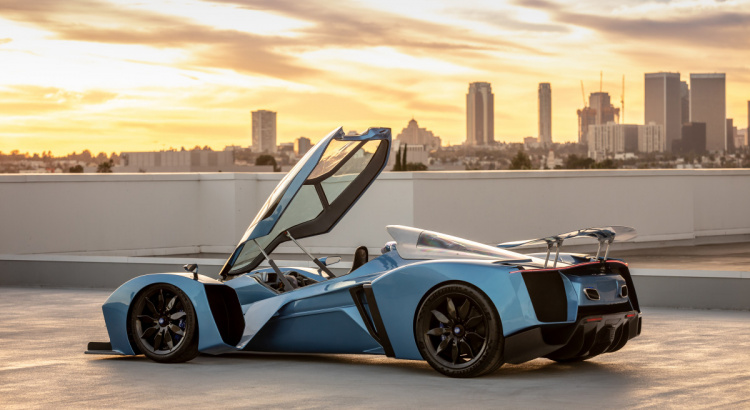 In order to pass standards and satisfy customers, Laurent and Benoît wanted the hybrid D12, in a version with a fairly light battery and a 110 hp electric machine. “But very quickly, customers and even some investors told me that they wanted it without hybridization, to have even less mass and to go on the circuit. So we developed a Club version with a very small 20 hp electric motor. (which is also used for reverse gear) and a very small battery to assist the V12 7.6 liter atmo of 990 hpand a GT version (110 hp electric) “.

The development prototype, which we saw rolling on the Nevers-Magny-Cours club track, was assembled in the local Exagon workshops, rented by Delage. “We are going to raise funds to build our own factory near Le Castellet. The 30 D12 and the next Delages will be manufactured there, from 2023 » explains Lawrence. Because he wants to make Delage Automobiles a real manufacturer, with a real range.

The first model, the D12, is clearly set to break the northern loop record. With one objective, absolute efficiency. The next one, which will be much more conventional in its lines and the location of its seats, will aim to seek the highest top speed for a production modelcurrently owned by Bugatti (482.8 km/h in the Chiron Super Sport 300+. But SSC has exceeded 500 km/h with its Tuatara recently).

In short, the bar is very high, but does not scare Laurent who is leading this quest in parallel with the launch of his first model. ” We’ve already sold a fewmainly in the USA and Europe, which are often the early adopter markets as they say, with the Eastern and Asian markets coming next. » Too bad for them, because with only thirty examples produced, including numbers 2 and 6 withdrawn from sale by Laurent (26 being the year of birth of his father, all Delage bearing these numbers will be reserved for the museum and the showroom), it’s a safe bet that the D12 quickly become objects of greed and speculation. However, it would be a shame to reserve them for showcases, as the technical promises are tempting. 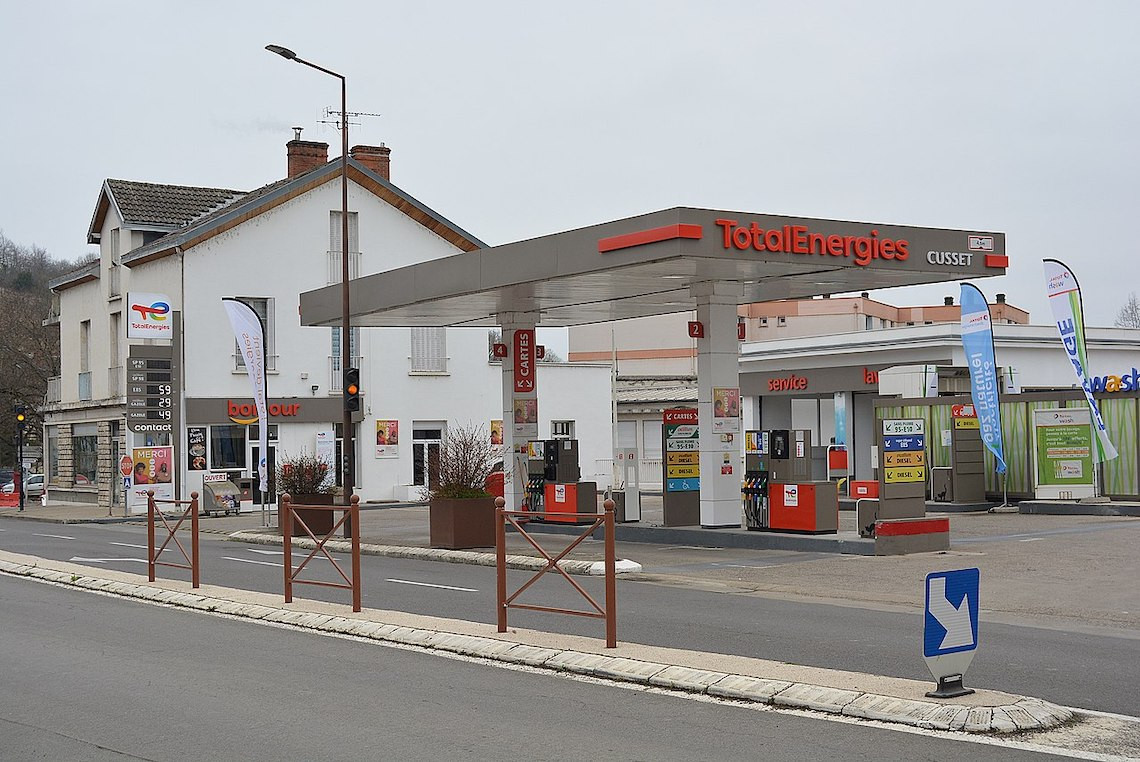