You recharge an electric car by plugging it into the electric grid, where renewable solar energy may make up part of the power supply. But what about using solar panels mounted directly on EVs to recharge their batteries? A new electric car from a Dutch automaker does just that.

Vehicle startup Lightyear says it will begin production late this year of its Lightyear 0 (“Zero”)—and Car and Driver was able to drive a pre-production development vehicle. The mid-size four-door sedan promises up to 6840 miles a year of added range in the sunniest climate from the 54 square feet of solar cells under glass that cover its roof, hood, and liftgate.

The price is roughly $265,000, steep for a car in the same category as the Tesla Model 3which starts at one-fifth that price. But Lightyear intends the Zero to be a proof of concept. It will build and sell just 946 examples, to show the technology is workable and also gain data about the real-world performance of its solar panels.

Presuming it raises more capital, Lightyear’s second vehicle—the Lightyear 2—will be a compact crossover in the same segment as Tesla’s Model Yaccording to CEO Lex Hoefsloot. He spoke to Car and Driver during a drive event in a pair of prototype Lightyear Zeros held in the hot, mostly sunny Navarre region of northeastern Spain. The target price for its second vehicle, which Lightyear hopes to launch in late 2024 or early 2025, is a far more affordable $31,700.

To build a car for which today’s solar panels could provide substantial added electric range required engineering every aspect of the vehicle for extreme efficiency.

Our 20-minute test drive of the pre-production Lightyear Zero development vehicle didn’t include any high-speed highway driving. It covered roughly 12 miles of two-lane country roads, numerous roundabouts, and a jaunt through one village. Under those conditions, indicated power usage was 91 to 134 Watt-hours per kilometer (4.7 to 6.9 miles/kWh)—versus 3 to 5 miles/kWh in most of today’s production EVs.

The Lightyear Zero’s 60.0-kWh battery pack can be smaller and lighter than those of other EVs with similar capacities because the company strictly limits the stress on its cells. The car is far from a speed demon; the company quotes a zero-to-62-mph time of roughly 10 seconds—slow compared to a Tesla Model 3. Lightyear is still tuning the powertrain and said it expects to add 10 percent to maximum torque while retaining the same efficiency. Top speed is limited to 100 mph.

The car itself is as close to a teardrop shape as you’ll find in any vehicle today, with a long tail in particular. That produces a very low claimed drag coefficient of 0.19. (Note that without a standardized measuring system for drag coefficients, claimed Cd figures aren’t necessarily comparable among different carmakers.) Active grille shutters, flat wheel covers, and partially enclosed rear wheel wells further reduce drag.

Its carbon-fiber shell (made largely out of carbon-fiber waste recaptured from other uses) gives it an exceptionally light weight of a claimed 3500 pounds including 770 pounds of battery. And the Lightyear Zero will be the first production passenger car to use in-wheel hub motors, developed through several generations to be smaller and lighter for the power they deliver while eliminating driveshafts and other components.

All of this translates into lower energy use. We couldn’t test the car’s energy use ourselves in the brief time we had to drive it, but Lightyear benchmarked its production-intent prototype against a Tesla Model 3 Standard RWD Plus. Their car, they said, used 10.5 kWh to cover 62 miles at a steady speed of 68 mph, while the Tesla required 16.1 kWh to do the same. The range provided by its 60.0-kWh battery was 350 miles, while the 50.0-kWh Model 3 returns 225 miles in the same tests.

The upshot is a very efficient EV that goes farther per kilowatt-hour than similar vehicles, with the added bonus that energy from the sun translates to more added miles than it would in less efficient competitors. Lightyear expects the official range rating under the WLTP cycle to be 388 miles.

Getting into the low car with its steeply raked windshield requires careful head placement, but once inside, the seats are nicely shaped and very supportive. A digital instrument cluster and separate horizontal center touchscreen are conventional, though Lightyear is still working on display graphics to present energy usage in a more easily comprehensible way than the present list of numbers.

Getting underway is as simple as pushing the “D” button in the row at the front of the console. Every Lightyear team member we spoke with stressed that the steering and accelerator mapping wasn’t final. Indeed, the steering was heavy and somewhat slow to respond, while the accelerator felt entirely linear, which produced leisurely takeoffs from a standing start.

The car’s roadholding on relatively narrow tires was fine for daily use, though we squealed a front tire coming out of a roundabout. The car isn’t intended to be a sports sedan, as our Lightyear engineer riding along stressed. On our short drives, we perceived no ill effects from the heavier unsprung weight of the wheel motors—which weigh 82 pounds each plus another 9 pounds for the integrated inverter.

The team’s primary goal for the development prototypes was to ensure the solar generation aspect worked correctly. Testing at noontime, apps for the two test vehicles showed their panels producing 492 and 673 watts. The maximum solar charging rate is just above 1 kilowatt, the company says, about the same as what a 120-volt household outlet can provide, which can add up to 43 miles of range a day—or 6840 miles a year. You’ll note that that annual claim isn’t just the maximum per-day range multiplied by 365, because you don’t get long sunny days year-round. And the reason that it can add relatively so many miles is due to the Lightyear’s super-high efficiency; the number of miles the same solar array on a mainstream EV could add would be substantially fewer.

The idea, then, is not that the sun provides all the needed charging for the car. Rather, it’s that the car can slowly charge during daylight to extend its range and reduce the frequency of charging, perhaps substantially depending on usage patterns.

Assuming an average commute of 22 miles, Lightyear says solar energy can extend the time between recharges in daily use for as long as two months in a cloudy climate like its home country of the Netherlands—and up to seven months in a sunny area like Portugal .

The Lightyear Zero won’t come to North America, so we won’t have a chance to see how efficient it is under American drive cycles. The Lightyear 2 will, however. We could imagine EV drivers in LA or Phoenix liking the idea of ​​a more efficient because they don’t need to plug in as often. 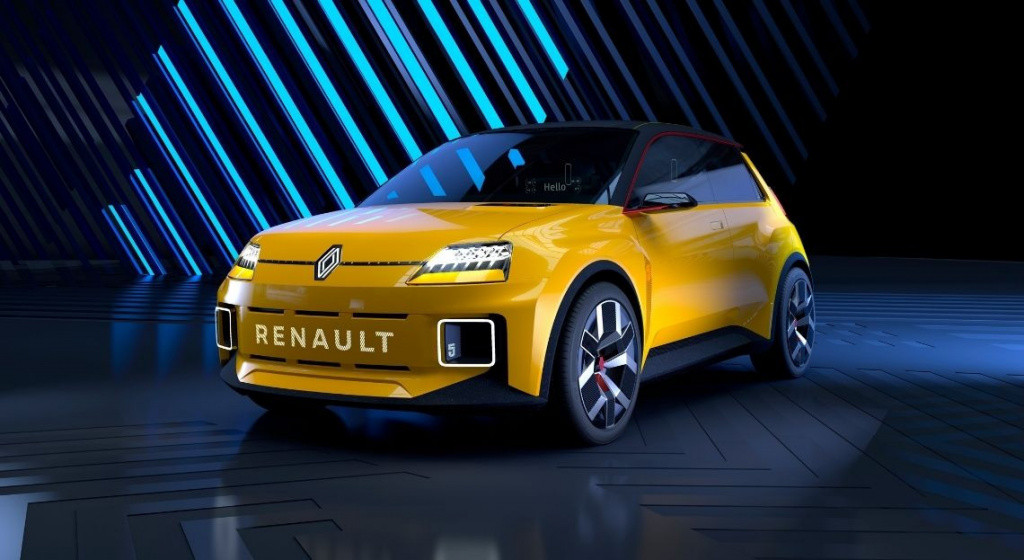 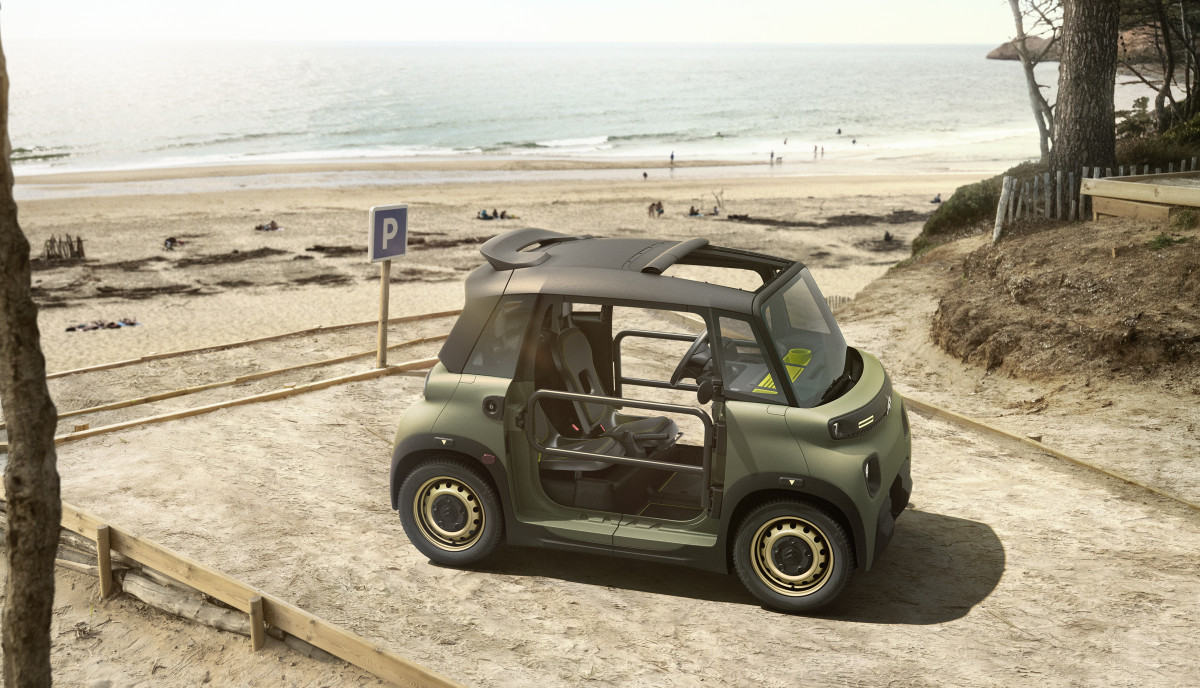