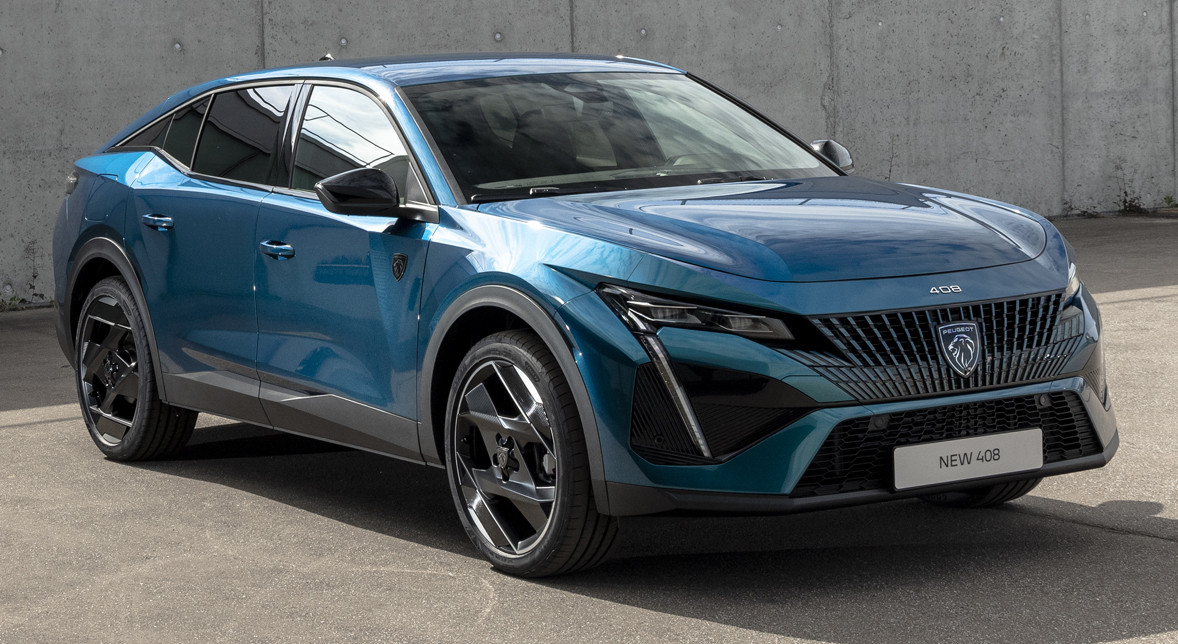 Peugeot is renewing itself in the sedan segment with the arrival of the new 408, a kind of elongated and raised 308, in the spirit of SUVs. Auto-Moto reveals all about this new Lioness.

On June 22, Peugeot officially revealed its new model, baptized 408. This unique crossover, based on the elongated platform of the compact 308has been preparing for several years in the shadows. Peugeot, to energize the lost segment of sedans, offers a new elevated version, usually reserved for breaks adventurers.

The essentials to know about the Peugeot 408:

After Citroën and its C5 XPeugeot is also embarking on this new segment of raised sedans with the 408. It therefore adopts body protections on the entire bottom of the body, in particular at the rear with a large raw plastic bumper. This therefore resumes its real role of protecting the bodywork when parking. for example. The fact that it is prominent and thick also visually reduces the very long overhang. The body surfaces are very worked, with sharp edges and facets that give depth to the body and make the paintwork stand out. To reduce the impression of a massive size and a potential “rucksack” effect, Peugeot has resorted to certain tricks such as a false quarter window, a black plastic element which extends the side glazing and follows the line of the plunging roof. .

In terms of dimensions, the 408 greatly exceeds the 308 on which it is based thanks to a wheelbase stretched to the maximum. It is identical to that of the 508, slightly more imposing with 4.75 m. The Peugeot 408 measures 4.69 m, the exact size of a Mercedes CLA or a Tesla Model 3.

Thanks to its large dimensions, the 408 has a generous boot volume. It is even larger than that of the 508 sedan (from 487 to 1,587 l), except in the plug-in hybrid variant where the difference is reduced to just a few litres. The opening of the tailgate, more practical than a trunk like some German sedans, is relatively wide. However, there is a very high loading threshold, which will not really facilitate the loading of luggage.

In the passenger compartment, we find unsurprisingly the dashboard of the third generation Peugeot 308. The i-Cockpit architecture is made up of a counter screen placed high up, a small flat steering wheel and another screen for the multimedia system. The piano keys for the shortcuts under the screen have been replaced by another screen, allowing to customize the widgets to have everything at your fingertips. It is at the rear that the 408 really stands out from the compact. Thanks to its XXL wheelbase, it offers plenty of legroom for rear passengers.

Peugeot has chosen to not to offer diesel on its new 408, while the 308 and 508 still have this engine. Thus, the crossover relies on a single gasoline unit at launch, the 130 hp PureTech, and two plug-in hybrids of 180 and 225 hp. Thereafter, it is hoped that Peugeot will complete the range with other blocks, the group having for example several more powerful plug-in hybrids such as the 250 hp variants (on the DS 9) and 300 hp (on the 3008). There is even a sporty plug-in hybrid variant with 360 hp, reserved for the Peugeot Sport Engineered label. Will the 408 have the right to this variation, like the 508? Finally, Peugeot will offer the 408 in a 100% electric variant in 2024, the e-408.

=>Peugeot 408: what competitors for the Lion crossover?

Produced in the Stellantis factory in Mulhouse, France, the Peugeot 408 will be marketed between the end of 2022 and the beginning of 2023. She will therefore be one of the stars of the Mondial de l’Auto in Paris in October.

For the moment, the 408 will only have a single elevated sedan version. We can nevertheless imagine that she will receive a more efficient version reworked by the PSE labelwhich replaces the GTI badge of yesteryear. It remains to be seen whether Peugeot will take the plunge. The sales figures for the 508 PSE, around 2,000 units since its launch at the end of 2020, do not seem to give much hope…

For the moment, the price has not been formalized by Peugeot. But according to our estimates, it should be beyond €30,000 for the entry-level 130 hp petrol engine, and rather around 40,000 € for rechargeable hybrids of 180 and 225 hp.