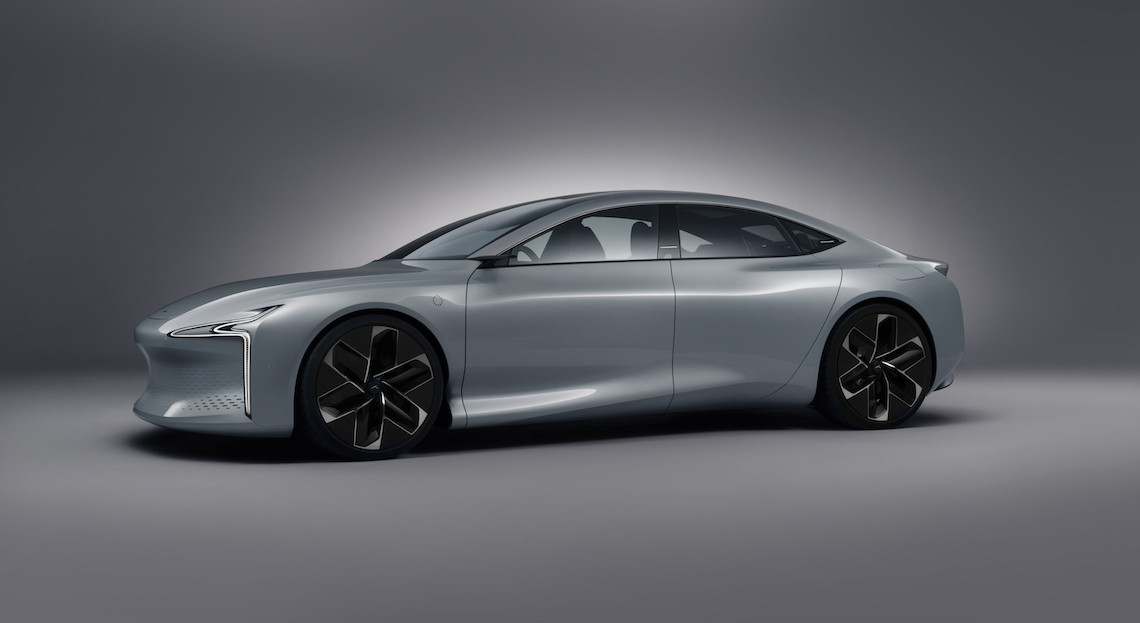 Revealed a few years ago, the Hopium Machina hydrogen sedan project is taking shape with a new concept that reveals part of the cabin.

At the end of 2020, an astonishing French sedan running on hydrogen was presented: the Hopium Machina. At the time, only 3D visuals of the very streamlined exterior were unveiled, pending the marketing scheduled for 2025-2026. The first rolling prototype revealed in 2021 gave a little more information, except for the interior still kept secret. This time, the start-up unveils a new version of its concept car, renamed Machina Vision for the occasion. And it finally lifts the veil on its interior!

The young brand was created by the French pilot Oliver Lombardwinner of the 24 Hours of Le Mans in the LMP2 category in 2011. It specializes in hydrogen vehicles, a technology that is still not widespread but which the driver has been able to experience for 7 years during races such as the Green GT.

The interior seen for the first time

Designed by automotive designer Félix Godard, who worked for Porsche, Tesla and Lucid, the Hopium Machina Vision has been slightly revised compared to the first prototype. It keeps a very streamlined silhouette to have the best Cx and therefore maximum efficiency. The optics are identical, “inspired by the waves on the surface of the water” according to the brand. The imposing grille is active, in order to optimize the cooling of the fuel cell system.

The dashboard receives a large screen, from one end of the cabin to the other, to gather all driving and multimedia system information. This screen can be controlled by the driver or his front passenger, and can retract if not in use to provide more visibility to the outside. An imposing center console includes a few haptic keys, which will be used, one imagines, to manage the gearbox or to control the multimedia system. Hopium specifies that the materials used are of high quality and only come from Europe to reduce the environmental impact. In the back, the passengers will be installed like kings, almost stretched out in seats offering a view of the huge panoramic roof, which can become opaque in an instant.

A network still to be developed

During the presentation of the first prototypes, Hopium displayed great ambitions with a cumulative power of 500 hp (one or two motors) and up to 1000 km of autonomy. The advantage of hydrogen technology would therefore be to offer better autonomy than current electric vehicles, while allowing refueling in less than 3 minutes. The network of stations still needs to be developed… Which is not yet the case.

But Olivier Lombard assures him, the network will be ready when his car goes on sale in 2025. For this, it can count on the support of the State, which has put 7 billion euros on the table thanks to the former Minister of Transport Jean-Baptiste Djebbari… about to join the Hopium team ! We will therefore have to wait a few more years to see the final version of the Machina arrive. In the meantime, the model will be presented to the public at the Paris Motor Show, from October 17 to 23 at Porte de Versailles.

The largest hydrogen station in Europe soon in Paris