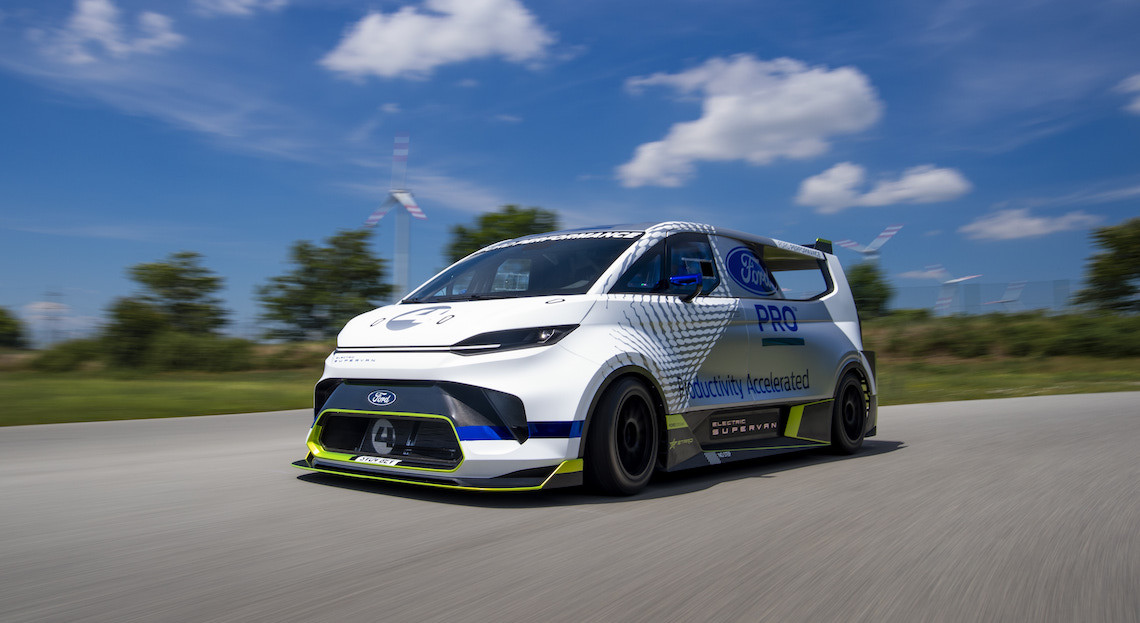 Ford unveils the Electric SuperVan, a funny 2,000 hp machine, at the Goodwood Festival of Speed ​​in the United Kingdom.

On the occasion of the Goodwood Festival of Speed, Ford unveils a new version of its Transit utility. It is inspired by the brand’s line of SuperVans, which began in 1971 with a racing version of the very first Transit for the promotion of the model. The first three Supervans were generally equipped with V8s borrowed from the GT40 or Formula 1, with up to 730 hp for the Supervan 3 released in 1994. This time, the Electric SuperVan has monstrous power.

Thanks to its four electric motors, the coursified van develops phenomenal power: 2,000 horsepower! the E-Transitrevealed a short time ago, offers 269 hp, which is already comfortable. Thanks to this (over)motorization, the racing van can reach 100 km/h in less than two seconds, and can climb up to 320 km/h. A 50 kWh liquid-cooled battery is integrated, and can be recharged in 45 minutes according to Ford, which does not give any figures concerning autonomy. Considering the weight of the beast and the power level, it must be quite weak.

Developed in secret by Ford Performance with the STARD electrified rally and racing specialists in Austria, the exterior design of the Ford Pro Electric SuperVan was designed by the Ford Design team in Cologne, Germany. Its appearance is reminiscent of the fabulous F1 space from certain angles. The style is in any case very elaborate, with a generous blade at the front, a huge diffuser at the rear and cutouts in the sides reminiscent of those of the Ford GT.

On board, the vehicle is emptied, but retains the large portrait format screen from the Mustang Mach-E. Thanks to the dedicated system, telemetry data can be sent in real time to remote vehicle management software. Engineers can then track data such as speed, lap time or vehicle “health” through a dedicated app.

The Ford Pro Electric SuperVan will be on display at the Goodwood Festival of Speed ​​(UK), June 23-26. At its wheel, the French pilot Romain Dumas, specialist in endurance in GT and sport-prototype. He won the biggest races in this discipline, such as the 24 Hours of Le Mans, the 24 Hours of Spa, the 24 Hours of Nürburgring or the 12 Hours of Sebring.