The Toyota Sequoia has always been a full-size, three-row SUV based on the platform of the Tundra pickup truck. That doesn’t change with the new generation arriving for the 2023 model year. The rest does: the new model is far more modern than the outdated second-generation Sequoia it replaces, which has been around for more than a decade. The new Sequoia comes standard with the Tundra’s iForce MAX hybrid powertrain, which combines a 3.4-liter V-6 engine with an electric motor for a total of 437 horsepower. Inside, it offers a large touchscreen with the latest software, along with three-row cabin with seating for up to eight passengers. While the modernization gives the Sequoia a better chance to compete with rivals such as the Chevy Tahoe and Ford Expeditionthe Toyota’s interior space and cargo area hamper its practicality.

The Sequoia has been redesigned for 2023 and rides on the same underpinnings as the new Tundra, Land Cruiserand the Lexus LX600. It’s available only as a hybrid and features a new look inside and out.

The Limited trim appears to offer the best value in the lineup. Although its only one-step up from the base SR5, it comes with a ton of additional goodies as standard. Those items include a larger 14.0-inch touchscreen, a power liftgate, 20-inch wheels, heated-and-cooled front seats, and a power-folding third row.

The Sequoia comes standard with the iForce MAX hybrid powertrain that’s optional in the Tundra pickup. This powertrain is comprised of a twin-turbo 3.4-liter V-6 engine and an electric motor that produce a total of 437 hp and 583 pound-feet of torque. The Tundra’s 10-speed automatic transmission carries over to the Sequoia SUV as well. Rear-wheel drive is standard, with four-wheel drive optional on most versions—and standard on the off-road-oriented TRD Pro model. The TRD Pro also comes with off-road equipment such as upgraded Fox dampers, a front skid plate, a locking rear differential, and forged 18-inch wheels with 33-inch tires. During our initial test drivewe were pleased with the Sequoia’s comfortable ride and quiet cabin, but less so with its on-road driving behavior. Its extra-wide feeling on the road makes it hard to place in a lane—something we’ve complained about in other large SUVs too—and its featherweight steering effort can make it feel twitchy when cruising. When we get a chance, we’ll put the Sequoia through its paces at our test track and update this story with test results.

More on the Sequoia SUV

The EPA hasn’t yet released fuel-economy numbers for the Sequoia, but judging by the Tundra pickup’s 19-20 mpg city ratings it should be more efficient than the outgoing model. When we get our hands on the Sequoia we’ll run it on our real-world 75-mph highway fuel economy test. For more information about the Sequoia’s fuel economy, visit the EPA’s website.

The Sequoia’s large interior continues in this new generation, with a third row of seats as standard equipment. A second-row bench setup with eight-passenger capacity is standard, with optional second-row captain’s chairs reducing the number of seats to seven. Headroom is limited in both of the rear rows, particularly when equipped with the optional panoramic sunroof. With a wide range of trim levels available, the interior trimmings run the gamut from cloth to leather upholstery and varying levels of wood and chrome trim as you walk up the price ladder. Higher trim levels offer features including heated and cooled second-row seats, a panoramic sunroof, and a premium stereo system. The Sequoia’s cargo area isn’t as accommodating as other rivals. With the rear seat in use there’s only 12 cubic feet of cargo space and folding the third row down doesn’t result in a flat load floor.

The Car and Driver Difference

The old Sequoia’s dated touchscreen setup has been swapped out for the large 14.0-inch touchscreen found in the Tundra. This screen comes standard on all but the base SR5 and will use Toyota’s latest infotainment software, which offers all manner of smartphone-mirroring and other connectivity options including a Wi-Fi hotspot and various music-streaming options.

How to Buy and Maintain a Car

All of the Sequoia’s available driver-assistance features come standard across the board. For more information about the Sequoia’s crash-test results, visit the National Highway Traffic Safety Administration (NHTSA) and Insurance Institute for Highway Safety (IIHS) websites. Key safety features include:

Toyota’s limited and powertrain warranties are similar to many of the Sequoia’s full-size-SUV competitors’. However, Toyota does offer complimentary scheduled maintenance as a nice bonus. 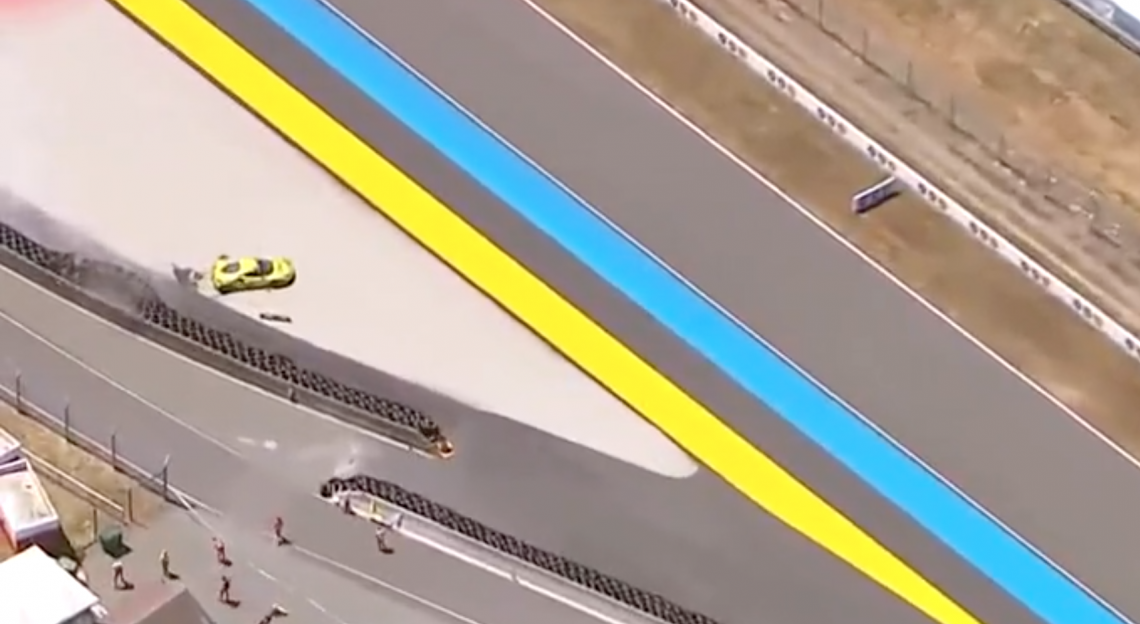