UPDATE 6/17/22: This review has been updated with test results.

Can we get a round of applause for plate tectonics? This inexorable geologic process is, after all, ultimately responsible for the myriad fantastic driving roads draped over the valleys and along the mountain ridges and that surround the vast Los Angeles basin. It’s the optimal place to wring out a new sports because such as the 2023 Nissan Zand it’s handy that our West Coast testing grounds sit on the far side of the range. If you’re on the West Coast test crew, a trip to the track represents the ultimate commute to work.

Our initial brief encounter with the Z at the launch event showed promise, with the well-executed heritage styling and blistering 400-hp twin-turbo 3.0-liter V-6 borrowed from the Infiniti Q50/60 Red Sport capturing our full attention. But those driving roads were more scenic than challenging, and the track exercise was all too brief and structured. That’s why we’re here, in a turnout high above LA, catching a whiff of warm brakes as we stretch our legs and scribble notes after a hard session.

A couple in a 370Z pulls into the overlook while we’re standing there. They catch sight of the Z and wheel to a nearby spot. The guy can barely contain his enthusiasm. “Oh, man. Is that the new 400Z?” “Yeah,” we reply, not bothering to explain that it’s just Z this time, because it’s a turbo 3.0-liter V-6 engine, not a 4.0-liter naturally aspirated one, and that rehashing 300ZX a third time wasn’t in the cards. “How is it? It’s gotta be better than my car, right?” he suggests, as he looks the Z over approvingly. “Yeah,” we say. “It’s quite a bit nicer than the 370Z, particularly the engine.”

That much is certainly true. The new Z clearly outshines the 370Z. But that car was originally introduced—checks calendar—some 14 years ago. The new Z ought to be better than a 370Z. We wanted to see if Nissan had gone far enough, to see if the 2023 Nissan Z Performance lived up to expectations of a modern $50,000 sports car when asked to do sports-car things on roads of our own choosing. On that note, fault lines were already starting to appear.

A lot of that has to do with the fact that the Z is an evolution of the 370Z, not a full redesign. The two share a wheelbase, overall width, and roof height, not to mention much of the chassis itself—save for a few extra pieces welded on to increase torsional stiffness by a rather tepid 11 percent. The strut front and multilink rear suspensions haven’t changed much, with a revised upper control arm for extra caster and monotube dampers instead of twin-tube units amounting to incremental bolt-on upgrades. The new engine and its layered strata of coolers (engine, AC, oil, transmission, intercooler) contribute an additional 180 pounds compared to the last 370Z we tested (3507 vs. 3327 pounds), with the front axle’s burden rising by one percentage point (56 versus 55).

Up to about six-tenths, the Z Performance seems coordinated and willing. The new electric power steering is linear and predictable enough, and the chassis feels relatively coordinated as it arcs through bends. The shifter action is far less heavy and unwieldy than the 370Z’s because of reprofiled detents, and it snicks into place smoothly when operated with a loose grip and an open hand. The brakes feel sure underfoot, and they’re easy to modulate. The pedals are nicely placed for heel-toe footwork, too, but the SynchroRev Match feature works brilliantly if you haven’t mastered the steps.

Ratchet up the pace and intensity, however, and the Z does not respond in kind as a sports car should. Pushed hard, the damping starts to feel insufficient, and the suspension bounds vertically overmuch, especially if the corners are uneven—as they often are in a fault zone. Understeer starts to creep in as the Z’s nose weight comes to the fore, and the Bridgestone S007 B-Silent summer tires soon reveal they don’t generate modern levels of sports-car stick, as evidenced by their 0.93-g showing on our skidpad . The brakes keep up their end of the bargain in terms of fade resistance and feel, but the tires limit the Z’s 70-mph stopping performance to 166 feet and an unimpressive 331 feet for the stop from 100 mph. Both are better showing than the aforementioned 370Z (0.89 g and 180 feet), but they are far from class leading.

On the open road, the engine is strong and willing, and that feeling continues if you push harder, save for a slight hint of turbo lag that tends to creep in after using extra caution on the run-in to the sorts of blind corners you rarely see on a racetrack. It never sounds more inspiring than a Pathfinder, though, and the shifter gets more rubbery and less satisfying when urgency makes your shift inputs more deliberate. But the bigger surprise occurs at the track, where its 60-mph time of 4.5 seconds and 13.0-second quarter-mile at 111 mph are underwhelming. Sure, these numbers best the old 370Z, but 68 more horsepower, 80 pound-feet of additional torque, and no-lift-shift launch control should amount to more than mere incremental gains of 0.4 second to 60 mph and a half-second in the quarter.

LOWS: Peak performance drops off with 91 octane, underdamped suspension and unimpressive tires, too much carryover from 370Z.

Those numbers didn’t come without work, either. Our Z needed more than the usual number of cooling passes and a few key-up restarts to keep it operating properly. As it turns out, this engine’s 400-hpr rating requires 93 octane, but 91 octane is the local brew in the Western US This was also a pre-production sample, so its engine-control unit may not have had final production software. Nissan lent us another car to try in Michigan on 93 octane, and its 60-mph performance improved to 4.1 seconds on the way to a quarter-mile time of 12.6 seconds at 115 mph. Still, past 370Z results showed little difference between 91 and 93, so either this new turbocharged engine is more octane sensitive than the outgoing naturally aspirated one, or our California test because indeed had some pre-production teething issues. All we know for certain is we will follow up with Z production cars, once they’re available.

Inside, the new Z’s cockpit design is pleasing to the eye, and its physical accommodations are very similar to the 370Z, with identical measures of head-, leg-, and hip room. The steering wheel now telescopes, so it’s easier to set up a comfortable driving position. The seat is also largely carryover, except for reconfigured padding. We wish they’d done more here, frankly, because placing the power-seat fore/aft switch on the transmission-tunnel side is as dumb as ever, especially if your significant other is significantly shorter than you. We like the new reconfigurable instrument panel even more after spending time with it, with both the dual-dial Normal and central-tach Sport layouts proving to be easy to interact with. The infotainment system works well, too, with its combination of touchscreen and physical controls. But the carryover climate control dials set below are hidden in shadow, a position that exacerbates their tiny unreadable markings. And then there’s the chunky heated-seat and trunk-release switches, which look straight out of the Altima parts bin, complete with three-box sedan iconography.

Though the Z Performance costs $51,015 to start, there aren’t many options besides paint. The two-tone Passion Red metallic hue on ours is the most expensive such selection at $1695, and there isn’t much on offer beyond that. Our test sample range in at $53,610 on account of the paint, an additional $500 for illuminated door-sill scuff panels, and $400 for floor mats. The new nine-speed automatic would have added zero to the bottom line, but we stuck with the six-speed manual. As one should.

It’s an attractive proposition on paper and at first glance, but, as it turns out, the 2023 Nissan Z is not the budget world-beater Z-cars have been in the past. Budget does seem to be the operative word here, but in this case it applies to Nissan management, which obviously didn’t allocate enough of one to thoroughly shake up the segment. There’s too much 370Z in the new Z, and it could use better tires and more intelligent multimode dampers. This was not the seismic shift we were hoping for. 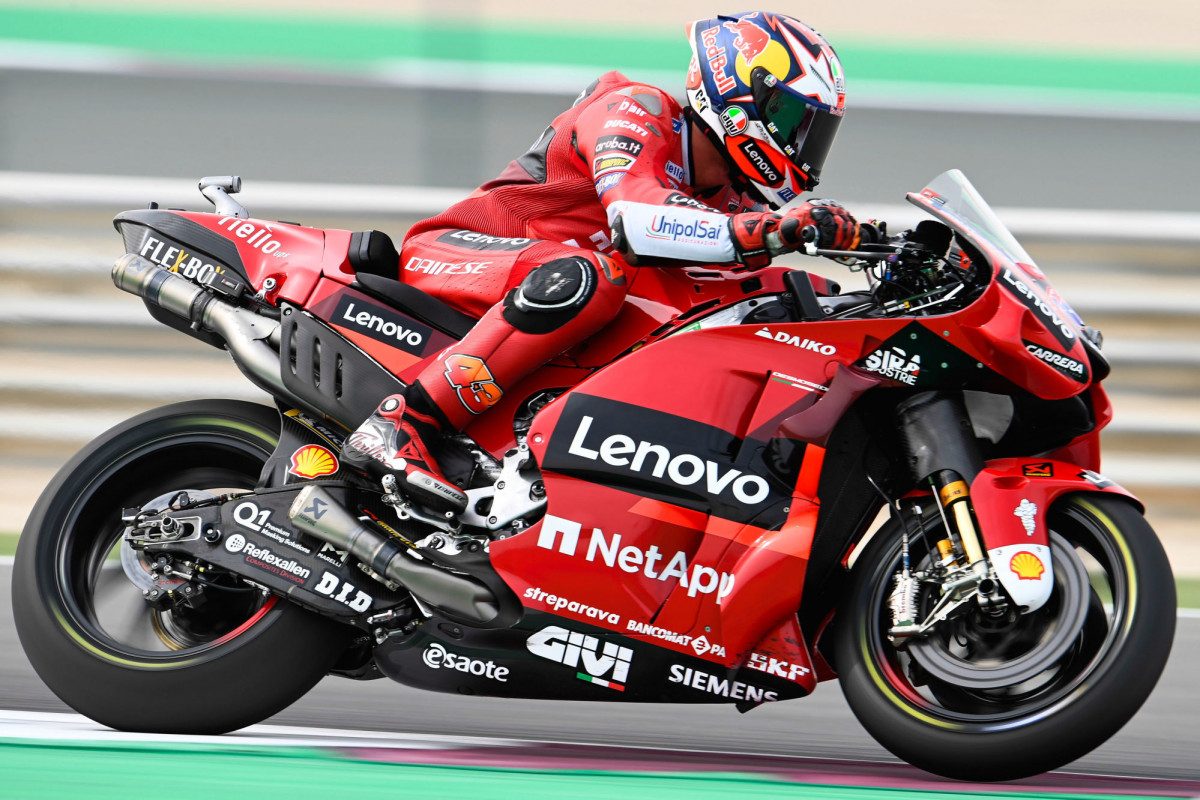