Pacific Northwest loggers run the mountain roads with flat-footed confidence, even in the rain, and because it’s almost always raining, they’ve had lots of practice. It was raining during our test drive of the 2023 Honda HR-Vand the 18-wheeler in the rearview mirror came up behind us like it was auditioning for a remake of Duel. To avoid becoming a Peterbilt hood emblem, we put the pedal down. Floored, the HR-V made more noise, but, in disappointing CVT-equipped fashion, did not go noticeably faster. Just as we were preparing to be absorbed into a truck grille, the straight uphill road took a right, then a left, and then a fun series of sweeping curves. The truck slowed down, and the HR-V swept through at full speed. It was the first of several pleasant surprises from the redesigned small Honda.

The HR-V is not a car with a reputation for fun surprises. Since its introduction in 2016, it has been a sensible and uninspiring choice of transportation, a vehicle meant to solve the basic problem of transportation with a little extra space. The redesigned HR-V is hoping to shed its reputation for dull driving while holding on to its promise of value and practicality. To do so, Honda moved it from the tiny and now departed Fit platform to the larger Civic underpinnings while giving it a tad more horsepower and a lot more personality. The new model is nearly 10 inches longer and three inches wider than the first-generation HR-V, with less stubby proportions and a growly front fascia—yes, you’re so tough, little SUV.

The exterior rework brings wide LED lights in front and rear, dramatically framed inlets and patterned grilles in the nose, an angled hatch, and a clean roofline, thanks to roof panels that are laser brazed, which leaves a smooth finish. It won’t go down in the annuls of groundbreaking automotive design, but we found it sort of endearing, like an angry hamster.

Inside, things are more appealing and less raging rodent. The seating position is lower and more carlike than in the outgoing model, which sat the driver high and upright. The seats are patterned fabric in the LX and Sport trim and leather in the top EX-L, offering a pop of texture across all levels. The pillowy dash echoes the Civic with an unbroken line of honeycomb mesh across all the vents. The steering wheel is thickly padded. The car is more cohesive and stylish than the previous generation, with a good mix of physical buttons and digital displays. The center console is a work of ergonomic art, with a tall shifter, deep cupholders placed forward and out of the way, and several places to store or charge a phone, including a pass-through that gives the passenger access to their own phone storage and USB charging. The EX-L trim we drove also offered wireless charging in the front tray. While upper touch points are squishy soft, the plastic lower on the door panels has a wavy corrugation. It hides scuffs, adds rigidity to the large door pockets, and is both a clever and an attractive solution to an area of ​​the car that gets a lot of rough handling—or, more accurately, footing.

If you’re still hung up on the lower seating position—a higher viewpoint is one reason people have moved to SUVs—we assure you that visibility in the new HR-V is vastly improved. The beltlines of door and hood are lower, the A-pillars are thinner, and the driving position is more comfortable while offering a better view. Honda says the front seats were redesigned with more internal structure to offer support and a better posture, and after a full day of outrunning trucks and chasing waterfalls in blatant defiance of TLC’s advice, we agree that whatever is happening inside the seat cushions makes a positive difference. The new seat is not only soft and supportive but also highly adjustable. Between that and the good sightlines, we’d put the new HR-V high on a list of recommended cars for folks of smaller stature. Tall drivers will still fit fine behind the wheel, and the rear seats lean back and offer more padding than the outgoing model’s. So even though this utility vehicle is small, the passengers don’t need to be.

If it’s stuff you’re carrying, you may be saddened to hear that the “magic seat,” which offered the option of flipping up the rear seat bottom for more hauling space, is a casualty of the new chassis design. Unless you’re regularly taking your fiddle-leaf fig for a drive, we’d say it’s a fair trade for the much more comfortable back seat and the excellent handling characteristics of the Civic architecture. General cargo space is slightly decreased behind the rear seats, but they still fold flat, so you can carry plenty of shorter plants, a bicycle, or all your dirty laundry on your way to your parents’ place for spring break.

Features and pricing are simplified from 2022. There are three trims, each standard as front-wheel drive, with all-wheel drive a $1500 option. The base LX starts at $24,895, while the top trim EX-L requires $28,695. The engine and transmission are unchanged by trim choice, and all of Honda’s safety-related driver aids come standard on all models. The EX-L gets the eight-way adjustable leather seats, a sunroof, dual-zone climate control, and a 9.0-inch touchscreen infotainment interface, among other audio and tech upgrades. We liked the Sport trim’s black accents, orange interior stitching, and lower $26,895 price.

The HR-V powertrain remains unsatisfying. It’s an improvement over the last one, but by so little, they shouldn’t have bothered. The previous 1.8-liter four-cylinder made 141 horsepower, got an EPA-rated 28 mpg combined, and was loud and lethargic. The new model’s 2.0-liter engine, also borrowed from the Civic, makes 158 horsepower, gets the same combined EPA fuel economy, and it is still loud and lethargic. Honda made some attempt to quiet it down with a polished crankshaft and a low-friction cam drive, but it still howls and shivers when you floor it. The CVT behind it plays make-believe as a gearbox, promising faux downshifts and stepped acceleration to distract from the hardworking four-banger, but straight-line acceleration is all bark and barely a nibble. We expect it to be a few tenths quicker. Since the Civic comes with both a turbo and a hybrid option, perhaps we’ll see alternate powerplants make their way into the HR-V.

Where we do expect to see dramatic improvement is in handling and stopping numbers. Like many small SUVs, the previous HR-V offered all the driving pleasure of a Home Depot lumber cart. The new HR-V may not be superquick, but it’s light and cheery on the road, feeling connected while still cushioning choppy pavement. This is thanks to the Civic’s multilink rear suspension, which replaces the torsion-beam setup of the previous generation. The body also uses more adhesive for increased rigidity. Aluminum components reduce weight front and rear, and the front suspension rides smoothly on a low-friction damper mount. The steering, too, is vastly better than the previous car’s and feels light but not flimsy.

We got behind the wheel of the HR-V expecting a dutiful but joyless driving experience. What we found was a charming small machine that could use a bit more push (to keep from being pushed by fast-moving tractor-trailers) but made a willing and encouraging road-trip companion. Big windows, easy-to-read displays, an attractive and comfortable interior, and a foldable chassis are the HR-V’s defining characteristics. This is still a vehicle designed to solve the basic problem of transportation, but it now fulfills that mission with lively enthusiasm, if not outright speed. 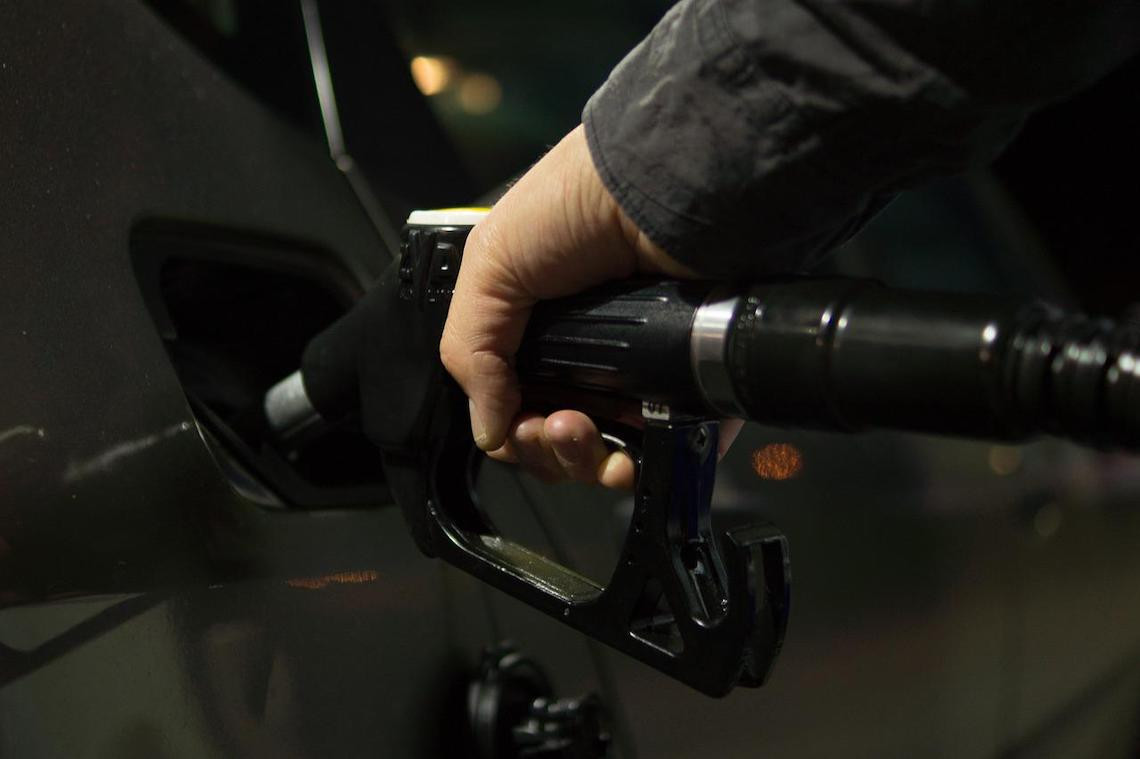 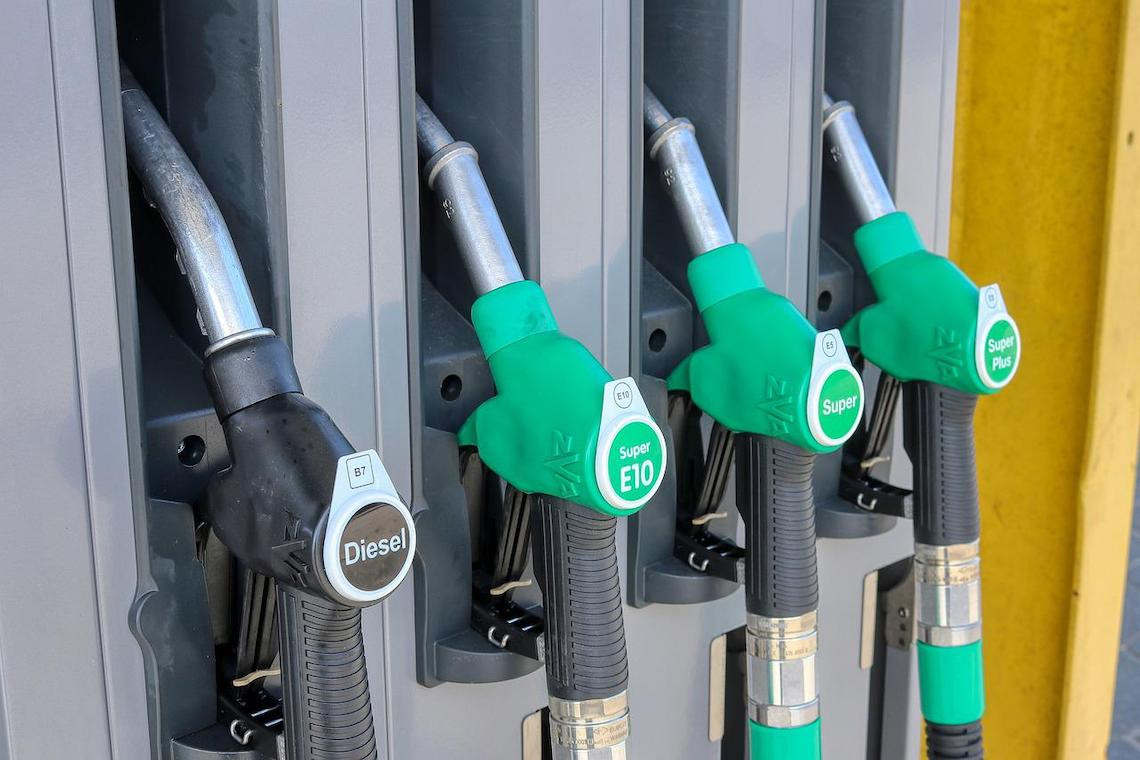