The British aristocracy tends toward convoluted names, like Alice Clare Antonia Opportune Beevor, or Archie Harrison Mountbatten-Windsor, or Land Rover Range Rover Evoque. That last one debuted for 2012—a year ahead of Prince George but no closer to the throne—saddled with heavy expectations. As the newest member of the Range Rover clan, the Evoque had to project the cachet associated with its family while also keeping its price palatable to commoners. It was controversial, that original Evoque. Could a transverse-engine crossover live up to the Range Rover name? Would its very existence alienate buyers of the upmarket models? What did Posh Spice have to do with all of this? There was a two-door coupe. There was convertible.

Well, the world accepted the Evoque, as evidenced by the fact that A) the first-generation model tallied more than 772,000 sales worldwide and B) when the second-generation Evoque debuted for 2020, it was so uncontroversial that hardly anyone noticed. Rover fine-tuned the Evoque’s styling, sculpting and refining the raked-roof shape, but the redesign wasn’t a wholesale overhaul. The new lines look cleaner, but your neighbors might not immediately realize you traded in your 2016 model. Unless it was the convertible.

The Evoque still retains the concept-car style that defined the original, with a high beltline that nearly meets the roof at the D-pillar, which seems about six inches tall. The door handles are flush and motorized, popping out when you unlock the car—an interesting bit of flash given that the more expensive Range Rover Velar has unmotorized flip-out handles. The Evoque’s fenders bulge like it has rally pretensions, and it actually might in 2022’s P300 HST trim, which brings back the 296-hp engine and dual-clutch torque-vectoring rear axle that sat out 2021. Be we drove the midrange R-Dynamic S, which this year has the P250 base powertrain that comprises a 246-hp turbocharged 2.0-liter inline-four, all-wheel drive, and brake-based torque vectoring.

Every company has a turbocharged 2.0-liter four-cylinder, it seems, and Land Rover’s P250 isn’t particularly distinctive. The Evoque can muster decent acceleration from a standstill, but the nine-speed ZF automatic transmission always wants to select the highest possible gear when underway. A sudden call for acceleration can therefore make it feel laggy because it requires both a downshift or two and time for the turbo to spool up. Dynamic mode goes a long way toward addressing this dilemma, holding lower gears and sharpening throttle response, if you’re preparing to hit a hole in traffic. The Evoque’s tidy dimensions help it feel nimble on urban roads, but this isn’t a performance-biased all-wheel-drive system—and in fact, if conditions warrant, it’ll disengage the rear axle and go front-drive to bolster fuel economy. This is important, given that a P250-powered Evoque’s 22 mpg EPA combined rating is barely any better than that of the big Range Rovers. The HST’s more powerful P300 powertrain is paradoxically a smidge more efficient at 23 mpg combined because it incorporates a 48-volt mild hybrid system.

It might be a largely hypothetical advantage, but the Evoque does bring some real off-road cred to the entry-luxury crossover game. It gets Terrain Response, Range Rover’s system for tailoring throttle response and traction control to the trail surface. The long-wheelbase, short-overhang styling makes for good approach and departure angles. Most vehicles of this ilk don’t advertise a spec for water-fording depth, but the Evoque does—23.6 inches—and the optional Wade Sensing system uses ultrasonic sensors on the exterior mirrors to tell you if you’re approaching that limit. Another off-road electronic aid, ClearSight Ground View, shows you what’s underneath the vehicle by recording the video feed from the front-facing and exterior mirror cameras and then digitally transposing that patch of ground when it’s beneath the car. Clever—the Lexus LX600 has a similar feature called Back Underfloor View.

Although the Evoque was new for 2020, Rover has continued to update it over the past two years. Last year, it got improved cabin air filtration and the Pivi Pro infotainment system, which uses its own dedicated battery to stay in sleep mode when the car is off, thus minimizing its boot-up time. For 2022, wireless phone charging (with a signal booster) is standard, as are heated, a power tailgate seats, and keyless entry. You’d think those would’ve all been standard already on a Range Rover, but at least they made it so.

The Evoque’s interior mirrors the clean design of its exterior, which is unfortunate because that means most of the knobs and buttons were banished in favor of touchscreens and capacitive switches. Here, as in the new Volkswagen GTIthe dash and console are a mostly featureless expanse of glass and plastic, save for the climate-control scroll wheels. Rover brags that “most popular features and functions are accessible from a single home screen in as little as two taps or less,” as if navigating touchscreen submenus while driving is a foregone conclusion rather than an avoidable design choice.

Most of the Evoque’s options are reasonably priced, but there sure are a lot of them. The baby Range Rover’s base price of $45,750 (the R-Dynamic S starts at $47,350) is mostly theoretical given that any exterior color besides white costs extra. For $350, the 400-watt, 12-speaker Meridian sound system is a bargain, although spending $800 will get you a 650-watt, 14-speaker surround-sound system that includes “Meridian digital dither shaping.” (We don’t know what that is, but maybe it’s worth $400 more than the 12-speaker system to find out.) The leather-free eucalyptus textile and Ultrafabrics upholstery doesn’t cost extra, and it also brings faux suede on the steering wheel. If you check most of the option boxes, an Evoque HST can top $69,000—big money for a little Rover.

Over on the Land Rover side of the family, that kind of dough would buy you a nice Defender. But the Evoque belongs to a posher clan. It looks slick, it’s expensive, and it offers legit off-road ability that most owners will never use. In other words, it’s a Range Rover. 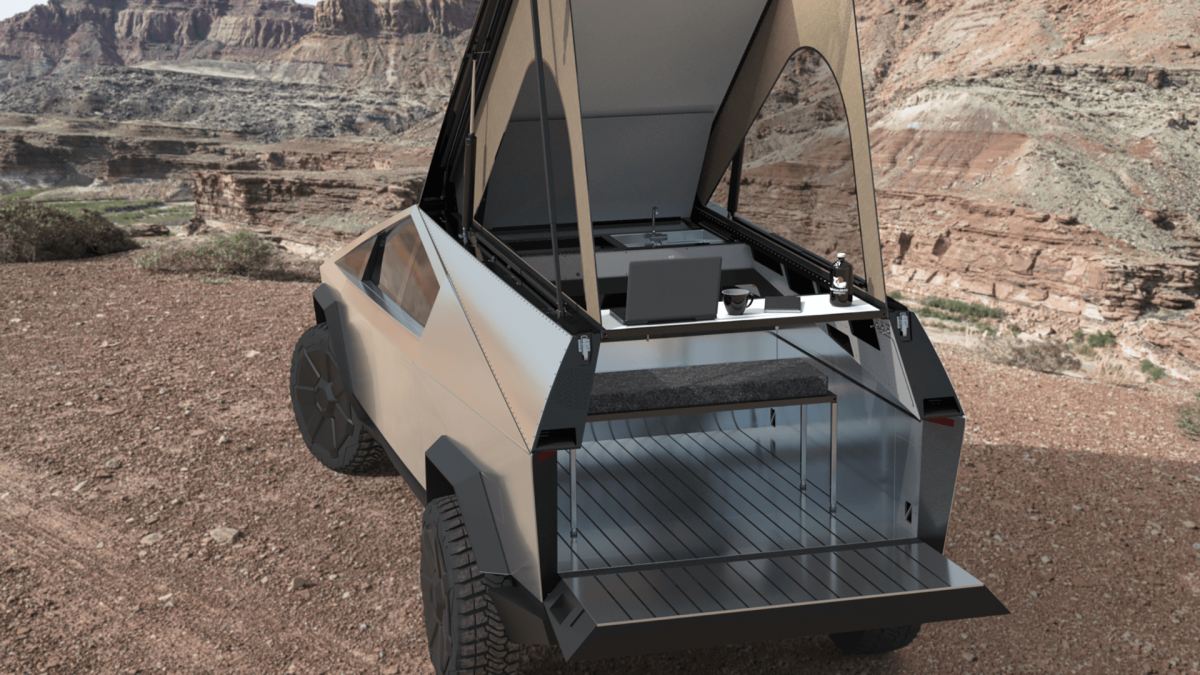