Morgan has never followed the herd, and as larger and more sensible automakers continue to downsize their powerplants (or swap to electric power entirely), the British sports-car maker has gone the other way. The last Morgan 3 Wheeler used an air-cooled two-cylinder engine, but the new one has been upgraded with a more advanced water-cooled three-cylinder. Don’t worry, that concludes this Morgan’s sensibility.

Simply categorizing the new Super 3 is a challenge. It is not a car, as it continues to lack the fourth wheel that is widely regarded as being an essential qualification for an automobile. But nor is it a motorcycle, what with its steering wheel, shift lever, and pedals—plus that extra point of contact with the ground. As a motorized tricycle it has divided the world’s legislators. In Europe its headlights are required to be mounted outboard like a car, as you see in the images from our drive in England. But in the United States the lights will sit in the central aperture as if it were a three-wheeled motorcycle.

While the Super 3 model is an all-new vehicle, its basics remain very basic. It lacks doors, a roof, and a windshield beyond small bolt-on plexiglass deflectors. But by Morgan standards the Super 3 is a technical tour de force, the first vehicle the British company has produced in its 113-year history to feature a unibody construction. Unlike every previous Morgan, including the company’s current four wheel modelsthere is no longer a frame incorporating ye olde English timber beneath the bodywork. In the Super 3, aluminum sections are welded into an integrated structure.

The Harley-Davidson-style V-twin of the old 3 Wheeler was a hugely charismatic powerplant, but also an outdated one. That air-cooled engine struggled to pass even relatively lenient motorcycle emissions standards, which was reflected in its progressive loss of power. It made 116 horsepower when it was launched in 2011but just 82 horses by the time it retiredhaving been strangled like a Malaise-era V-8. The new 1.5-liter three comes from Ford (Morgan has always been agnostic when it comes to choosing powerplants), and it brings a peak output of 118 ponies and 110 pound-feet of torque. The Super 3 weighs only 1400 pounds or so, giving it a sprightly power-to-weight ratio for something with one driven wheel. Power reaches the rear tire through a five-speed manual transmission sourced from an older-gen Mazda Miata, plus a bevel gear-turned drivebelt.

The Super 3 looks both ridiculous and awesome at the same time. Morgan has given the new car—which loses the polished jewelry of the old one’s twin-cylinder heads—a more modern front end with a curved cowling above the alloy crossmember that locates the suspension arms. Behind that, the car’s basic shape is very fuselage-like, but with flat side panels hiding the radiators and featuring mounting points for what Morgan promises will be a range of luggage bags and accessories. There’s also a small amount of space beneath the rear trunk.

Getting in was simple, although likely more of a challenge for those with shorter legs. There is a carefully angled step-plate in front of the seats that you swing an ankle onto, then brace yourself on the roll hoop before sliding downward. The seat can’t be moved; like a small aircraft, the Super 3 is very sensitive to changes in mass. But the pedal box can be adjusted, as can the rake of the steering wheel. We found it easy to get comfortable, though our elbows did hang outside of the cockpit in the slipstream. The wind screens deflect a fair amount of wind (and rain), but Super 3 drivers are well advised to wear some form of eye protection.

Instrumentation is provided by two circular digital dials—one for speed, one for engine rpm and fuel level—with switchgear limited to a turn-signal stalk and toggles for the lights, horn, and, under a flap, the engine start button. The good news is that the interior is fully waterproof. Doubly so as, in the finest British summer tradition, steady rain settled in when we started our test drive from the factory in Malvern.

It is immediately obvious that this three-wheeled Morgan has been built and engineered to much higher standards than the old one. The last 3 Wheeler was big on charm but short on sophistication. It was crude, uncomfortable, and inconsistent, with the combination of its less-than-solid structure and primitive suspension making it hard to predict what it was going to do next. The new one is vastly better. The car we drove was a late-cycle prototype, with Morgan’s chief designer, Jonathan Wells, particularly keen to point out that the gap in the trunk lid will be tighter on production cars. Yet the driving experience was representative of what customers will experience.

Morgan’s shift from air- to water-cooled engines rivals the significance of Porsche’s similar transition between the 993 and 996 generations of the 911. The new engine suits the Super 3 well. Morgan has long been accomplished at making everyday powerplants feel special, and the combination of smart throttle calibration and a rorty exhaust gives the impression of enthusiasm—one borne out by lively performance. The company’s claimed 6.9-second 60-mph time might seem leisurely by the unhinged standards of modern sports cars, but hard acceleration in the Super 3 feels far more exciting given its lack of weather protection and the rear tire’s frequent struggles for traction. With the tachometer displaying digits rather than a rendered needle, the numbers change color and shake as the three-banger closes in on its 6900-rpm redline.

The narrow 20-inch front tires are specially developed Avons sized 130/90R-20. Their ballooning sidewalls make them look like classic motorcycle tires, but their flat tread makes them effectively car tires, better suited to dealing with slip angles than the rounder profiles of bike rubber. Slip angles are something the Super 3 is good at generating, especially on wet surfaces. Front-end grip is modest but surrenders progressively and with the transition communicated clearly through the unassisted steering. At the back, a deliberately unsticky 195/65R-15 all-season tire is fitted to balance the levels of adhesion front to rear. This balance is enough to allow the Super 3’s cornering line to be easily altered with the accelerator. At higher speeds, pressing harder tips the car into gentle understeer, while easing off tucks the nose in. At gentler velocities the rear can be persuaded to slide, and on gravel or wet grass the Super 3 can rip sick donuts.

Indeed, the Super 3’s low handling limits don’t limit the fun to be had. It feels exciting even below 60 mph, and the idea of ​​attempting to verify its claimed 130-mph top speed is frankly terrifying. The lack of any form of traction or stability control, or even ABS, means the Super 3 must be driven with a higher degree of respect than most new performance cars. Even with the front tires on the verge of locking up under braking, it doesn’t seem to slow down particularly quickly. Yet the well-weighted, accurate controls and crisp feedback give plenty of confidence for what is going to happen next. Considerable effort has been put into details such as the weight and positioning of the pedals, so as to encourage heel-and-toe shifting, and ensuring the five-speed’s shift action is as sweet as in the Miata it was originally designed for.

For a vehicle featuring almost nothing extraneous, the Super 3 will be hugely configurable. Buyers will be able to select exterior graphics as well as basic colors, plus numerous accessories that will attach to the body’s clever mounting system. The company reckons it is likely that every build will be different, which, when you think about it, is pretty eccentric. While that comes standard on any Morgan, the new Super 3 promises to take it to a new level when it reaches the US later this summer. 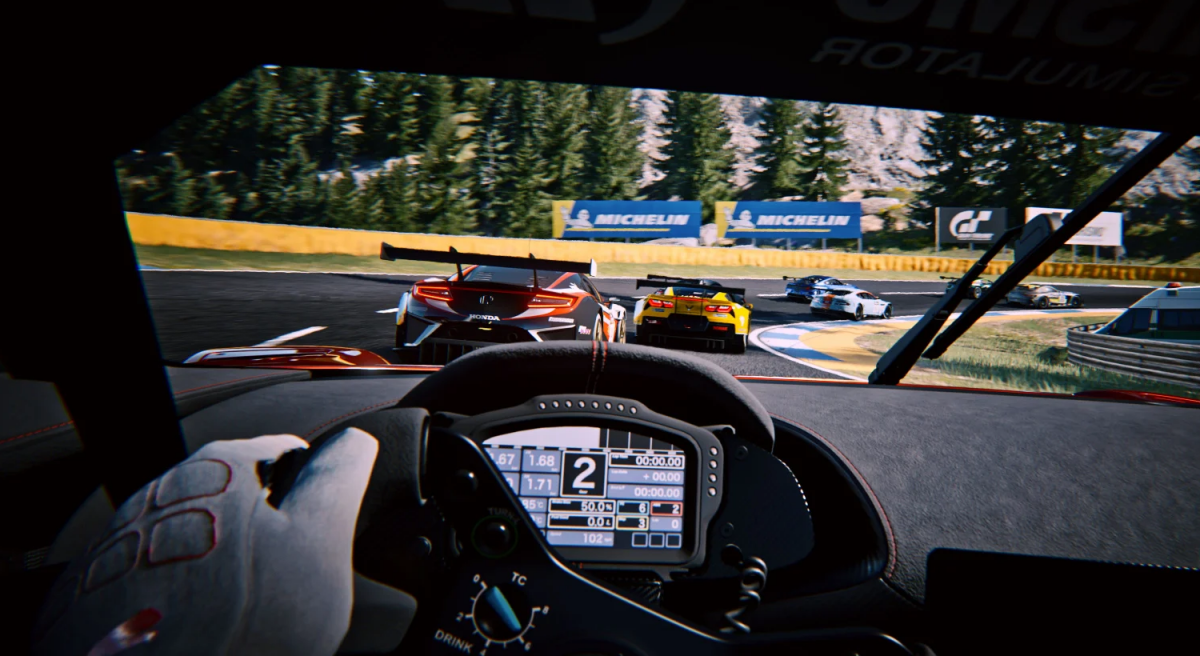