The 2022 Ford Bronco Raptor is built to accelerate quicker, climb easier over rocks, and fly higher than the regular Bronco. It’s basically the same blueprint Ford followed with the hugely entertaining and highly capable F-150 Raptor pickup. The ultimate Bronco boasts a 418-hp twin-turbo 3.0-liter V-6, a special long-travel suspension, huge 37-inch tires, and lots of other off-road goodies. Thanks to distinctive styling cues, such as exaggerated fender flares and an exclusive grille design with amber lighting elements, the 2022 Bronco Raptor won’t be confused for anything else. Of course, its extensive catalog of custom accessories ensures owners can further tailor their rig their way. While the Raptor is considerably more expensive than the standard-issue Bronco, hardcore enthusiasts will crave its incredible performance.

Now that the all-new 2022 Bronco Raptor has been officially revealedwe can’t wait to test it side-by-side with the 470-hp Jeep Wrangler Rubicon 392. Ford says deliveries will begin this summer, and anyone who already has an existing order for the regular Bronco is able to change it to the Raptor.

The Bronco Raptor is offered only in one trim for now and only in the four-door body style. It’s slightly more expensive than the F-150 Raptor, which starts right around $67,000, but the Bronco Raptor comes standard with 37-inch tires. Getting those on the pickup requires spending at least $78,470.

Ford didn’t put a V-8 in the Broncobut the Raptor features a 418-hp twin-turbo 3.0-liter V-6 that makes 440 pound-feet of torque. The engine pairs exclusively with a 10-speed automatic transmission and an advanced four-wheel-drive system that works in concert with selectable GOAT (Goes Over Any Type of Terrain) modes. The Bronco Raptor also has an even beefier suspension setup than the standard version to best handle powering over sand dunes or being jumped through the air, and it has a much wider track that’s set up for better high-speed stability. The Raptorized Bronco is equipped with Fox adaptive dampers from the F-150 Raptor as well as standard 37-inch BFGoodrich K02 all-terrain tires. The SUV is rated to tow up to 4500 pounds, too. During our initial test drivewe were impressed with the Bronco Raptor’s off-road prowess both when bounding over bumpy terrain at speed and while crawling through rocky passes with the low-range gearing engaged. While the twin-turbo 3.0-liter V-6 doesn’t have the same shove as the F-150 Raptor’s boosted 3.5-liter, we still think it has enough punch to hit 60 mph in under 6.0 seconds. When we get a chance, we’ll test the Bronco Raptor for ourselves and update this story with results.

More on the Bronco Raptor SUV

The Ford Bronco Raptor earns an EPA-estimated 15 mpg in the city and achieves just 16 mpg on the highway. That matches the estimated city mpg of the F-150 Raptor with 35-inch tires, but is 2 mpg short of the pickup’s highway rating. Compared to the 470-hp 6.4-liter V-8 Jeep Wrangler 392the Bronco Raptor shows a marginal 2 mpg improvement in the city with a 1 mpg loss on the highway. We’ll publish the Bronco Raptor’s real-world mpg once we have the opportunity to test one on our 75-mph highway fuel-economy route, which is part of our extensive testing regime. For more information about the Bronco Raptor’s fuel economy, visit the EPA’s website.

Despite its enhanced off-road abilities, the Bronco Raptor shares its interior design and dimensions with the regular Bronco. That means it comes standard with rubberized flooring, marine-grade vinyl upholstery, and an overhead set of auxiliary toggles. Those who want a more luxurious cabin can opt for leather-trimmed seats, too. As with the regular Bronco, the Raptor also features removable body panels, specifically frameless doors that Ford claims are easy to remove. While it’s only available in a four-door configuration, the Raptor still enjoys all the innovative features found on other models, including exterior mirrors mounted on the base of the windshield that are still usable when the doors are taken off. Likewise, there’s a rack built into the top of its dashboard that allows smartphones and GoPros, which can be plugged nearby into 12-volt outlets, to be mounted there. 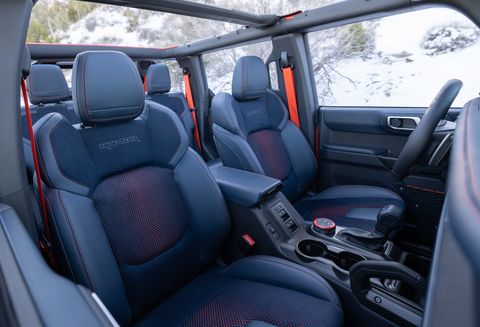 The Car and Driver Difference

The Bronco Raptor features Ford’s latest Sync 4 interfacewith a large 12.0-inch touchscreen that’s mounted in the middle of the dashboard. The infotainment system comes with contemporary features such as Apple CarPlay, Android Auto, and a Wi-Fi hotspot. The most desirable options also include a powerful Bang & Olufsen sound system.

How to Buy and Maintain a Car

Ford provides a competitive limited and powertrain warranty that aligns with most of its rivals. However, the company lacks the complimentary scheduled maintenance that Jeep offers. 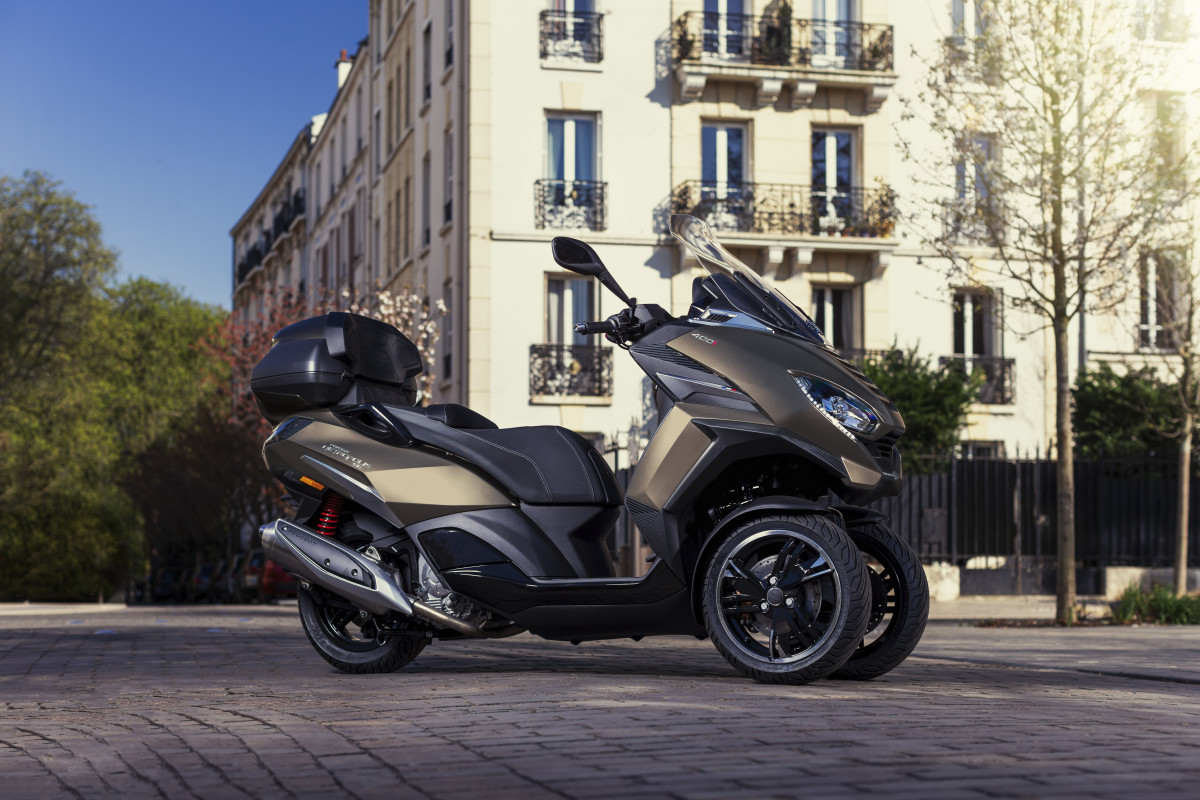