Well, this escalated quickly. Rewind just two years ago and the Jeep Wrangler ruled the off-road scene, with the Ford Bronco merely an object of endless anticipation. A year later, the Wrangler finally had some real competition in the form of the Bronco and its six varying levels of have-it-your-way off-road badassery. The Wildtrak had a short reign as the ultimate Bronco, and now Ford’s finally building the 2022 Ford Bronco Raptor.

Ford first applied the Raptor treatment to the F-150 pickup in 2009, when it found that there’s a surprisingly huge appetite for wide-body, pre-runner-style pickups—as it turns out, suspension can be glamorous. Now it’s applied Raptor-grade high-speed desert capability and frame-scraping rock-crawling talents to a vehicle whose roof and doors are removable, to which we say: Take our money.

Starting at $70,095, the four-door-only Bronco Raptor doesn’t come cheap. But Ford didn’t just throw parts at the existing Sasquatch package and call it good. The Blue Oval started from the ground up, literally. To create the Raptor, Ford began with massive 37-inch BFGoodrich All-Terrain K02 tires, rollers large enough to serve as flotation devices. Nearly every suspension component has been fortified relative to lesser Broncos, including the beefy electronically controlled Fox Live Valve 3.1 dampers with three settings of adjustability. The rear units are unique to the Bronco Raptor, with external reservoirs offset from the damper body to ensure clearance as the wheels travel through their vertical motion. The upper control arms feature an odd U shape to avoid contact with the body mount when they compress. The result is a lengthy 13.0 inches of wheel travel up front and 14.0 inches in the rear—respectively 4.3 inches and 3.6 inches more than the Sasquatch has.

To fit the Fox stilts underneath, the Raptor requires taller upper damper mounts. Because of the twisting forces that elevated mounting locations create, the front of the frame has been internally reinforced to cope with the loads. An additional crossmember in the front and a carbon “bow tie” brace at the back of the roll cage increase body rigidity by a claimed 50 percent. And because the spare tire weighs north of 100 pounds and Raptors are built to take flight, the spare-tire carrier has been strengthened.

Even from the opposite side of a dry lake, there’s no mistaking the Bronco Raptor’s girth. The axles are not only stronger but as wide as Devil’s Gulch. The insanely large fender flares are grotesque out of necessity to facilitate the 73.2- and 73.6-inch front and rear track widths—over six inches wider than a Sasquatch. If only Ford had incorporated some of the design elements from the Bronco DR race buggy, with its integrated fenders, we’d be keener on its curb appeal.

Our drive took us to Johnson Valley in Southern California’s sweltering desert, home of the brutal King of Hammers off-road race and the location where Ford did most of the Bronco Raptor development. This playground of dry lake beds and rutted two-tracks is prime real estate for exploiting the twin-turbocharged 3.0-liter V-6’s 418 horsepower and 440 lb-ft of twist. For proper high-speed desert pounding, use the GOAT dial in the center console to summon Baja mode in the new 12.0-inch digital instrument cluster. There’s a new R button on the steering wheeling to quickly access the personalized mode—which we configured with the dampers ready for attack and the adjustable exhaust at its loudest—though you can also pick from the four preset configurations (Quiet, Normal, and Sport , in addition to Baja).

Running fast across rough terrain, we keep reflexively winning at impending impacts—here comes a ditch!—only to find that the Fox dampers shrug off hits that might crush the bump stops on other production four-by-fours. Any Jeep Wrangler, no matter the trim, would certainly eject its occupants to the moon at this pace. With Baja mode activated, the twin-turbo V-6 engages the turbochargers’ anti-lag function, and there’s negligible delay in the power delivery during the quick on/off throttle sequences common to desert running. And torque interruption is nil when you use the paddle shifters to call up manual gear swaps from the 10-speed automatic.

But King of the Hammers isn’t all high-speed work, which is why it’s so challenging—rock-crawling and wide-open ripping are opposing disciplines with distinct demands. The winding trails leading to the peaks surrounding Johnson Valley are littered with boulders, where most of the YouTube-worthy epic fails happen. But with the big 37s and jacked-up suspension, the Bronco Raptor has 13.1 inches of ground clearance, 1.6 inches more than a Sasquatch. A layer of armor protects the vitals, and even the fancy muffler has welded loops to guard its shell. Unsurprisingly, the approach, break-over, and departure angles all exceed those of the Sasquatch or even a Jeep Wrangler equipped with the Extreme Recon package.

With 4.70:1 gears housed in the Dana axles and a crawl ratio of 67.9:1, there’s abundant low-end shove to get the Raptor up and over the boulders littering the trail. The Bronco makes quick work of the Valley’s intense rock shelves, obstacles that would likely incur body damage on most any other production vehicle. Ford makes boulder bashing easy by including Rock Crawl mode, which puts the two-speed transfer case in low range, locks the rear differential, and disconnects the front anti-roll bar. The front axle can also be locked with the push of a button. If the Raptor-specific headlights are pointing to the sky and the terrain ahead remains unknown, the front camera’s feed is crisply rendered in the 12.0-inch infotainment screen, acting as a digital spotter. And before you go smashing the running boards to hell, know that they can detach from the rock sliders that protect the rocker panels. For those who want to get really nuts, the outer edges of the burly front bumper can be removed.

But there’s more to the Raptor than just off-road talents—getting to that choice trail will likely require traversing some pavement. Our on-road drive consisted of serpentine roads that bisect the Santa Rosa Mountains, a scenic yet comical location for hustling an 85.7-inch-wide brick that weighs an estimated 5800 pounds. But on the road, the Bronco Raptor is a perfectly deliverable machine. Drive it hard into a corner—the calipers grab the upsized rotors, the nose dives, and the tail end wants to take the lead, yet it’s a perfectly coordinated exercise. There’s expected wind noise from the removable top, but that’s the case with all Broncos (and, for that matter, Wranglers). As is the case with the F-150 Raptor, ride quality is excellent for a rig so focused on spending its life in the dirt.

As expected, the fuel economy is abysmal, with an EPA rating of 15 mpg combined (15 city/16 highway). For those looking for single-digit numbers, the Bronco Raptor is equipped with a Tow/Haul mode and rated to tow 4500 pounds. While lesser Broncos have their muffler cozied up by the rear bumper, the Raptor’s has been repositioned in front of the rear axle. The move allowed Ford to install more bracing for the tow hitch, resulting in a 1000-pound towing advantage.

So yes, the ultimate Bronco is predictably hyperbolic. Except under the hood, where that 3.0-liter V-6 feels like the only place where Ford pulled a punch—what, the F-150 Raptor’s 3.5-liter wouldn’t fit? But just as the Wildtrak wasn’t the final word on Bronco performance, we suspect that the Raptor might not be either. With the F-150 Raptor R on the horizon and Jeep selling a 470-hp Wranglerit stands to reason the Bronco has room for at least one more upgrade. In the meantime, the Bronco Raptor holds the title as the baddest Bronco ever built. 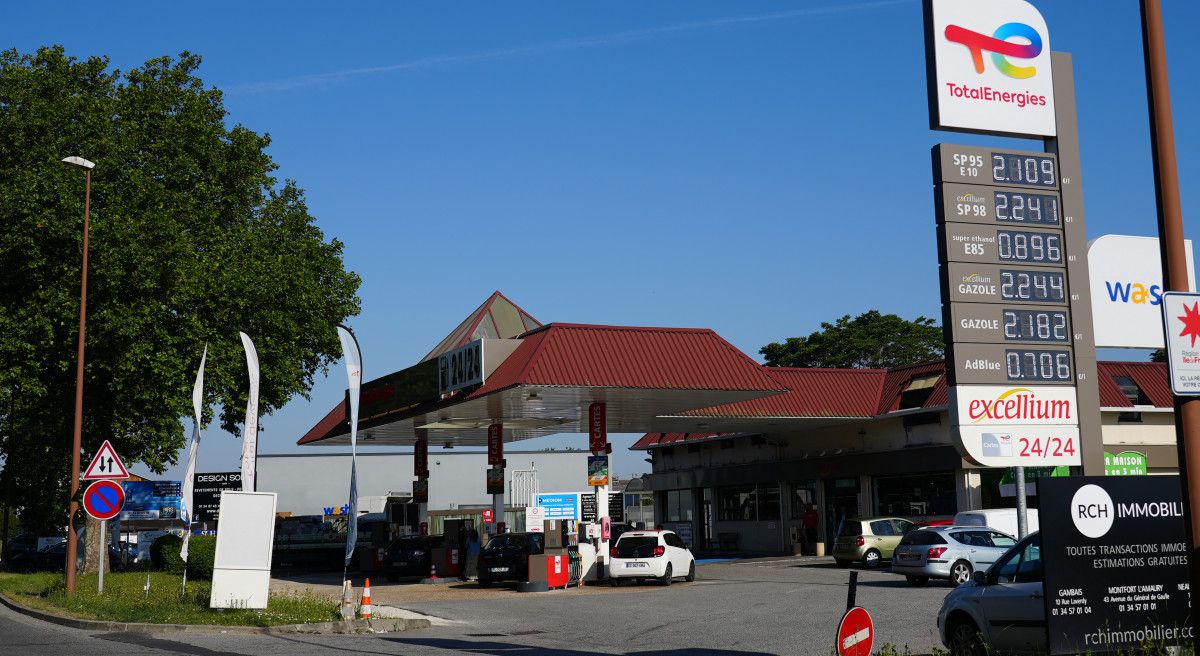